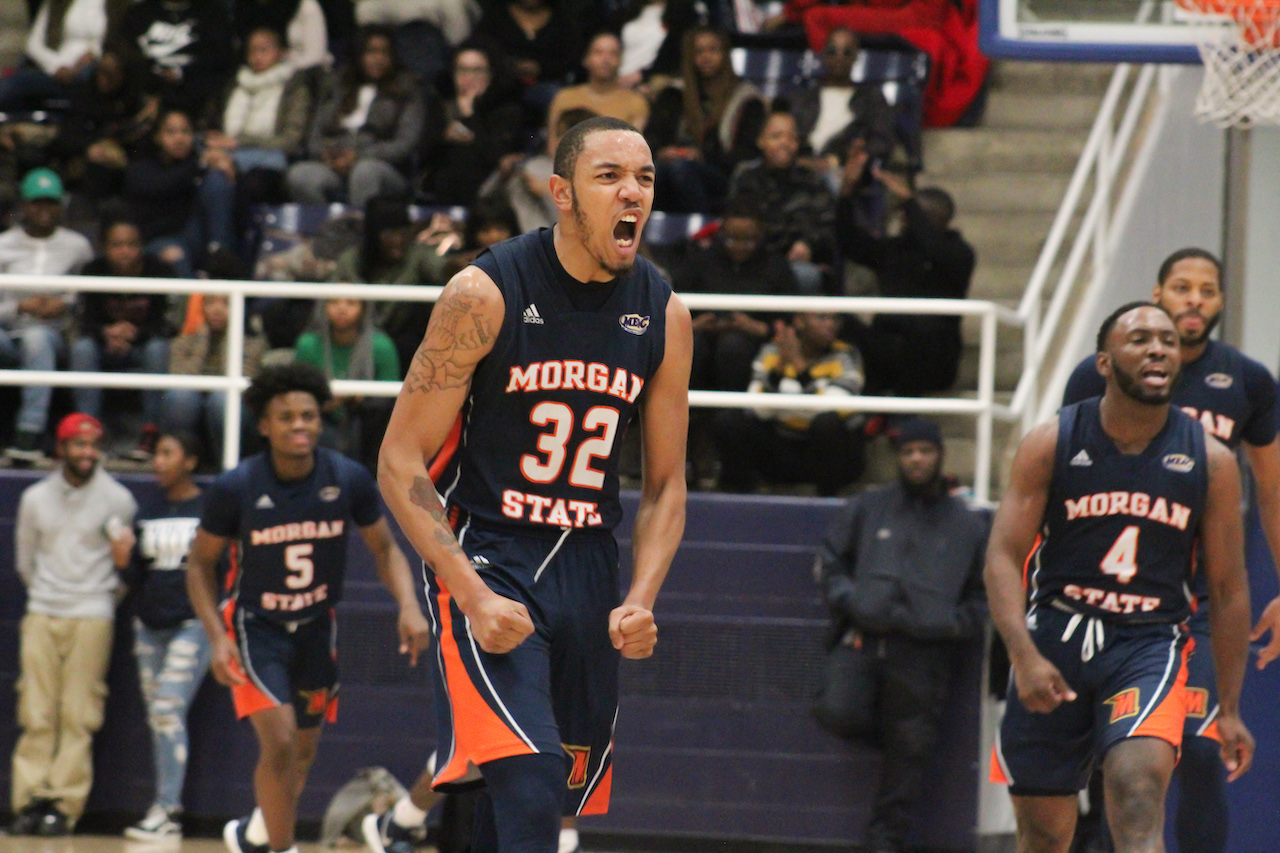 Morgan State gets back on track, sending Howard to 1-3 in the MEAC.

Postponed by a day, Morgan State and Howard showed up on Tuesday night to Burr Gym and delivered an instant classic. After needing overtime to settle the score, Morgan State walked out of DC with an 89-86 win.

The atmosphere was electric but both benches were rather schematic in the first half. Morgan State led by three points at halftime after a very defensive first half. RJ Cole for the Bison was nowhere to be seen. CJ Williams helped to keep the Bison in the game with seven early points. Chad Lott quickly went to work as well with 11 points while towering over the Bears defense. For the Bears, nine out of their ten players scored in the 1st half. Kyson Rawls and his hot hand sparked the Bears, scoring six out of his nine points from three during the first half.

Coming out from halftime, the Bison got their first few leads of the game and the crowd was absolutely loud. But unlike other seasons, Morgan State’s second-half performances have pushed them to victory. It was like that last night as Standley Davis scored 14 second-half points, grabbing eight rebounds. Sherwyn Devonish-Prince Jr, a product of the DMV, added eight points. The Bison’s main scorers went cold but Williams was rather unstoppable. He scored 18 points in the second half.

With 21 seconds left, Howard was up by four points. A Cole foul sent Devonish-Prince Jr to the foul line. He fouled the wrong person as he ranks 7th in the nation, yes the whole nation in free throw percentage. The lead was cut to two after that. RJ Cole was sent to the line on the following play and missed. The Bears sprinted down the court as Kyson Rawls tied the game at 72 as the clock ran out.

Overtime did not slow down both teams either. Devonish-Prince Jr stepped up with eight points in OT as Chad Lott gave nine of his own. But what proved to be the difference was the Bears scoring eight out of the last 11 points in overtime. Their 8-0 run sealed the deal.

Devonish-Prince Jr scored 18 points for the Bears, going perfect from the free throw line. Stanley Davis notched a double-double after 21 points and 10 rebound performance. Davis has scored 49 points within the past two games. Kyson Rawls added 17 from the bench, his game-tying layup was his most important points.

Todd Bozeman’s all hands on deck gameplan was effective again. His team scored 40 bench points during the contest. His team is also good on the defensive end, limiting Howard to only two fast-break points all night and scoring 33 points from Bison turnovers.

For the Bison, Cole went quiet, scoring 12 points. Lott and Williams combined for 49 points. The Bison fall to 4-10 against their Beltway rival since 2009. Another close loss forces them to sit at 1-3 early in the season within the MEAC standings. They will face SC State this weekend then have a special non-conference contest against Harvard on Monday.