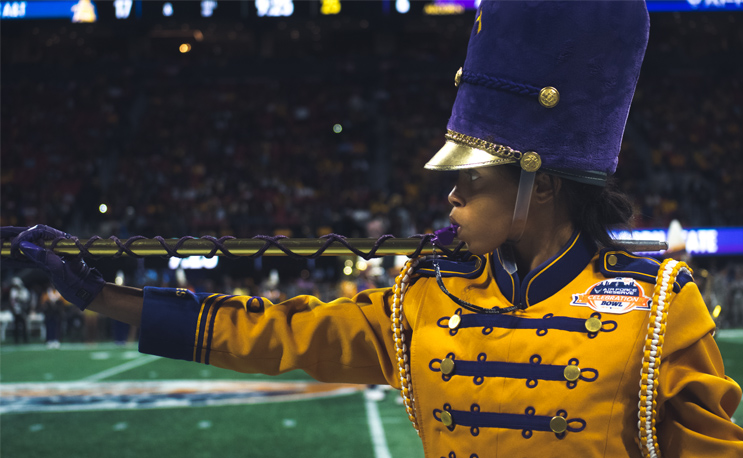 The Celebration Bowl saw increased attendance this year, but viewership declined along with the rest of college football.

The fourth installment of the Celebration Bowl has come and gone, and now the real game begins. The ratings/viewership game.

The bowl game between the MEAC and SWAC champions was won 24-22 by North Carolina A&T over Alcorn State. The game was played in front of 31,672 fans in the Mercedes-Benz Stadium in Atlanta. That number represented the second most in the bowl’s young history. That represented a solid leap from CBIII.

As for television viewership, which is super important as the game is put on by ESPN events, things didn’t go as well. The rating stayed flat at 1.6 according to Sports Media Watch, identical to 2017’s game when A&T beat Grambling State. Showbuzz Daily has a slightly higher rating for the game at 1.61, up from the 1.59 it gave it in 2017. For comparison, the original game drew a 1.7 rating.

The number of viewers actually took a dip, albeit a slight one. According to SMW a total of 2.345 million watched this year’s game, down from 2.357 million last season. For comparison, the inaugural game had 2.5 million viewers and Celebration Bowl II between North Carolina Central and Grambling had 2.7 million people watching.

Bowl viewership overall was down on Saturday, the first official day of the Bowl Season. The Celebration Bowl has generally done better than several FBS bowls, so we’ll keep an eye out to see where it lands when the dust settles at the end of the season. We’ll also look for updates on any negotiations to extend the initial six-year deal between the two conferences and The Four Letter Network.