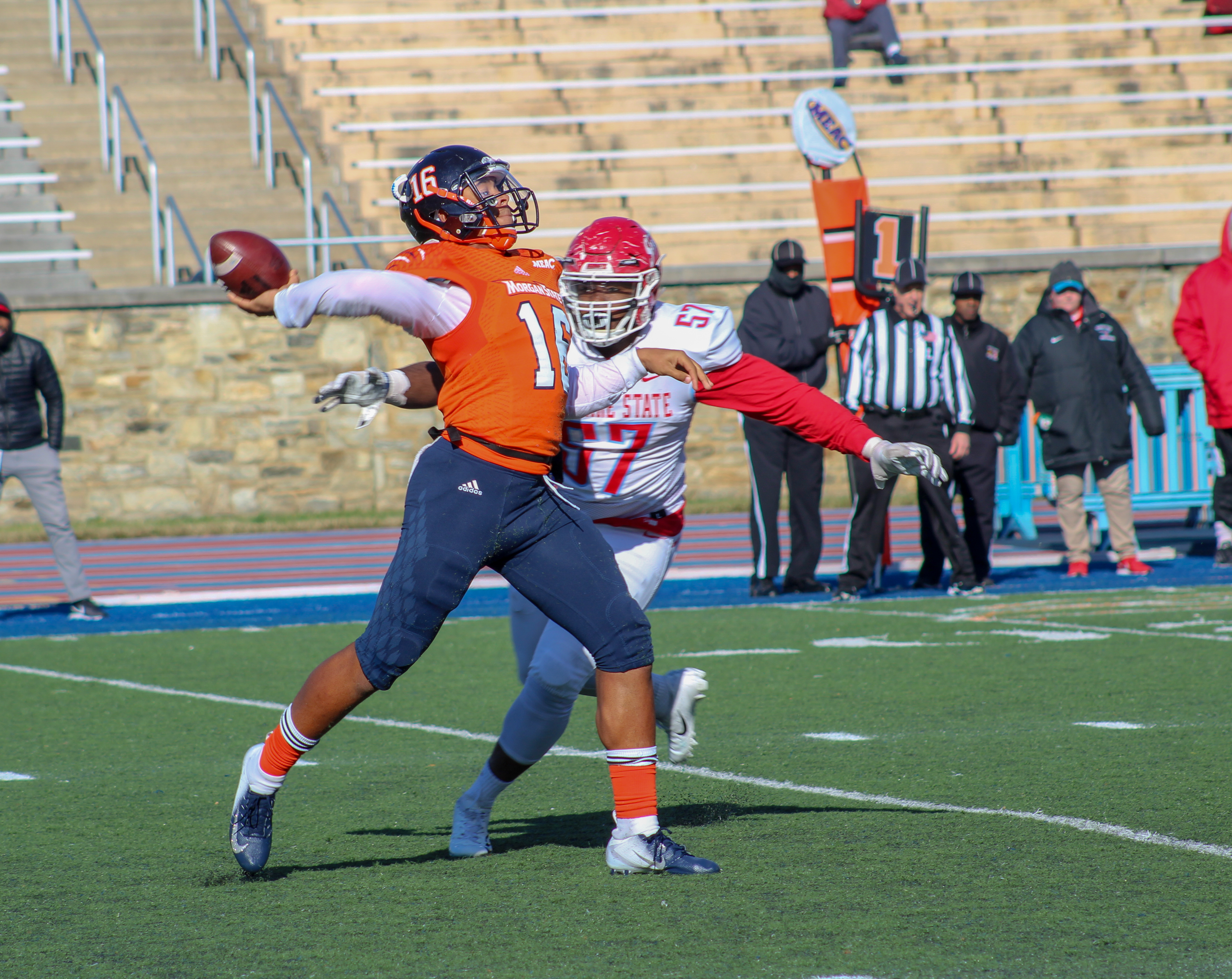 As we’ve seen in the past, it’s hard to see HBCU recognition on the national stage in terms of awards and honors on the FCS level. But for DJ Golatt, his hard work has been recognized.

The freshman quarterback from PG County, Maryland was named STATS FCS Freshman of the Week for Week 12. He was also named MEAC Rookie of The Week.

Golatt did not begin the season as the starter for Morgan State. The Bears rode with DeAndre Harris until inconsistent play and an injury took Harris out of the lineup. DJ stepped in during the Florida A&M contest and completed 15 of 22 passes when called on. His next game against Bethune-Cookman was an explosion on offense that MSU has not seen from the QB position as of late. He threw for 257 yards and three touchdowns in the loss.

In the final game of the season, Golatt put on a show. He went 17 for 23 and 168 yards; throwing three touchdowns in the process. He ran the ball 20 times, rushing for 156 yards and a touchdown. The freshman’s ability to smartly extend plays paid off for the Bears. He went over 1,000 yards of total offense in four games, which is a solid start.

Before being redshirted in 2017, DJ Golatt came into MSU after a dominant four year run at Annapolis Area Christian HS. He completed his high school career with 6,425 passing yards, 52 career TDs. passes, 1,108 career rushing yards, and 19 rushing TDs. He was selected to the All-State Second Team in 2016 and even ranked high at the Nike Opening Opening Regional Camp as a junior.

If things bode well in the offseason, expect to hear his name a lot more next season.