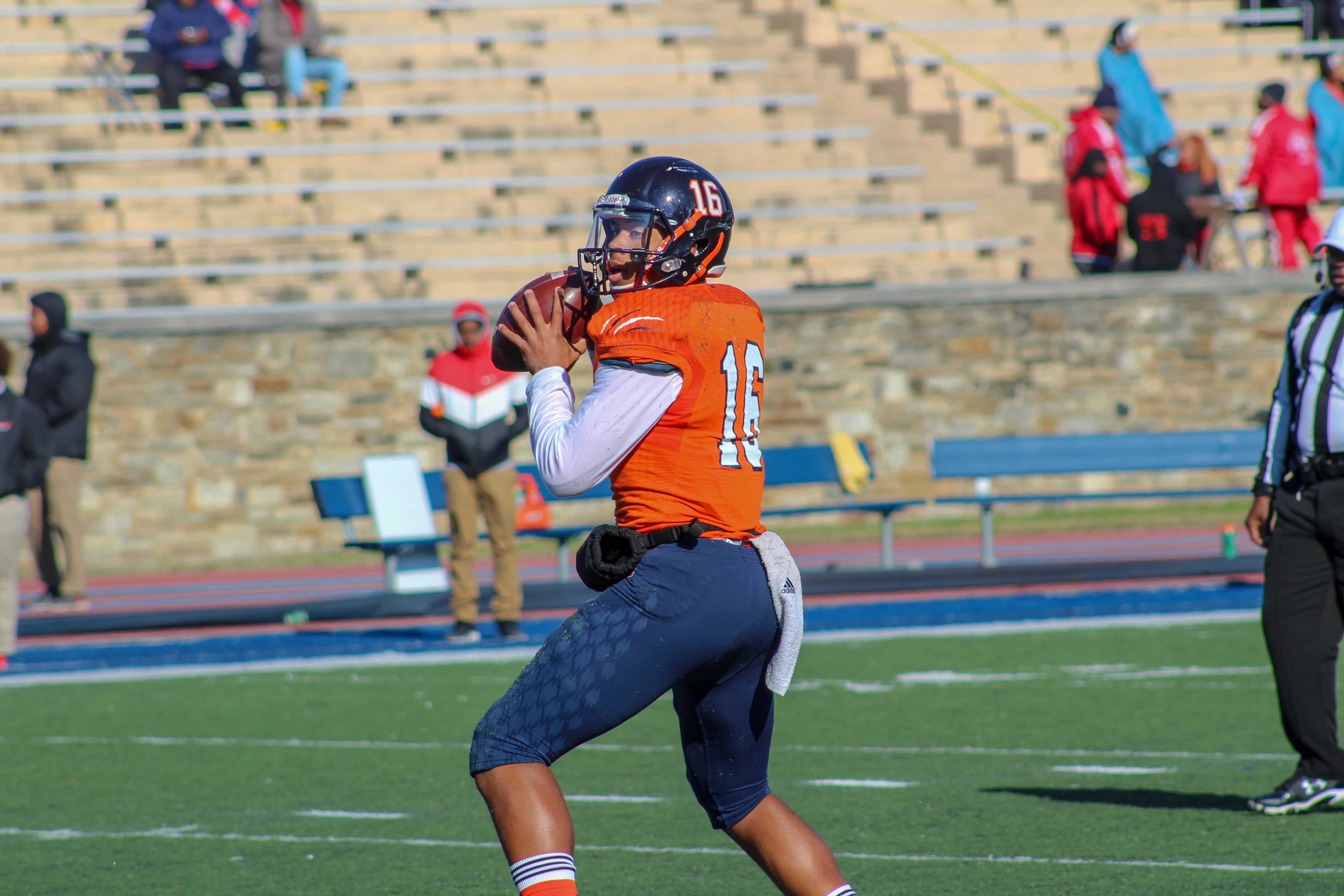 DJ Golatt and the Bears offense totals over 500 yards.

There have been a handful of offensive shootouts in the MEAC this season and Morgan State and Norfolk State had one on Saturday afternoon. With nothing to play for, the teams combined for 77 points. Out of those 77, the 44 points scored by the Bears were the difference as MSU defeated the Spartans on the road, 44-27.

The Bears scored 40 points for the first time since 2015 and their QB DJ Golatt was a huge reason for that. He went 17 for 23 and 168 yards in the air. His three passing touchdowns were lethal too. His legs were lethal as well, he was also the top rusher in the game. He rushed for 156 yards on 20 attempts, adding another touchdown as well.

The Spartans defense was broken down even more as backup running backs David Adeleke gained 66 yards and Jalen Jackson added 63 yards. The offensive explosion by all three players is a good sign as MSU is nagged by injuries. Xavier Gravette had two receiving TD’s and Manasseh Bailey added another one as well.

The Bears offensive explosion resulted in over 500 total yards of offense and 44 points.

DJ Golatt completed 17 of 23 passes for 3 TDs, and ran for 156 yards on 20 carries and scored a TD.#MORGvsNSU #MEAC #ESPN3 pic.twitter.com/Xasx5lAXHe

After the dust settled, the Spartans only scoring six points in the first three quarters proved to be a roadblock. Their 21 point effort in the fourth came up short. Overall, this win was the first for the Bears against the Spartans since 2006. MSU finished the season in sixth place in the MEAC with a 3-4 conference record. Norfolk State finished eighth going 2-5 this year in the conference.

.@NSU_FB wrapped up its conference schedule this afternoon with a 44-27 loss to Morgan State.

We have thoughts and reactions from @coach_latrell, Juwan Carter and Nigel Chavis #cometogether18 https://t.co/yrDr0tUFHD