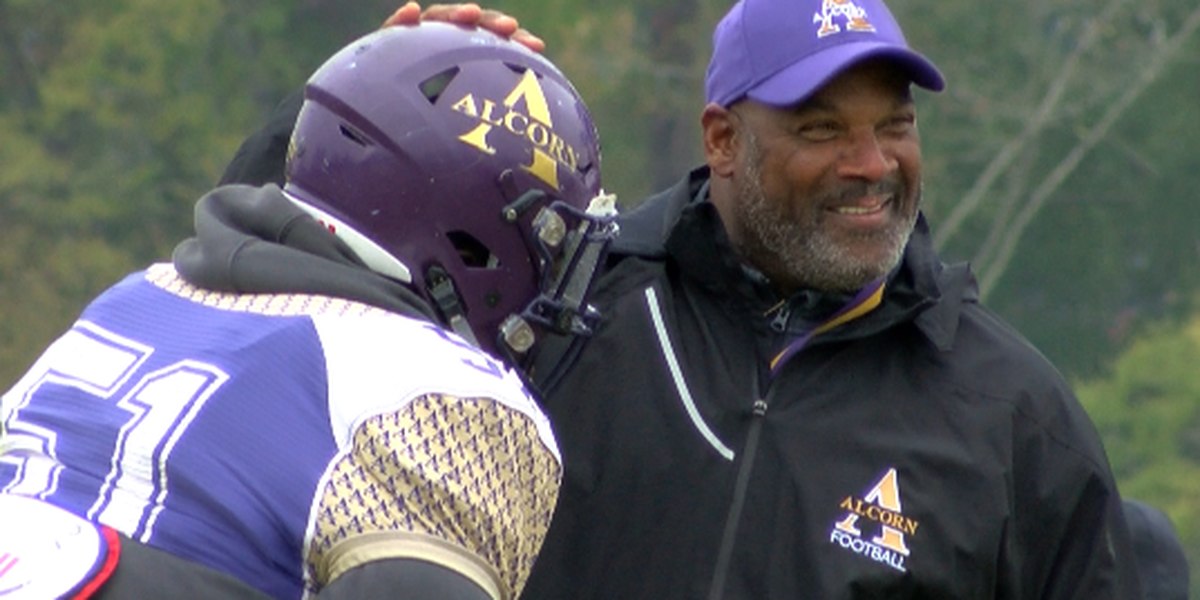 More than a rivalry. It is part of a deeper culture of historically black college football.

The word rivalry is a popular term among college football teams competing in the final weeks of November, hoping to win and hold the bragging rights for an entire season against their biggest rival school. But, when it comes to some schools, the term itself is not enough to describe the atmosphere and all of the petty antics that come along with two teams playing on the field.

When Jackson State and Alcorn State face each other, the game is more than a bitter rivalry. It is part of a deeper culture of historically black college football. More importantly, it highlights a deeper tradition for football in the fall in the Southwestern Athletic Conference.

What does that mean?

Good music from dynamic bands, trash talking from fans who bleed the colors of their schools, hard-hitting football and delicious tailgates with all of the southern foods that one might find in their grandmother’s kitchen on a Sunday afternoon after church.

Fried chicken wings, freshwater catfish on white bread with hot sauce, barbecued wings on the grill, pork chops, green beans, collard greens, red rose sausage, baked beans and crab boils are just a small list of foods that might be found in the pots and cookers of tailgate sections during football season at HBCUs.

And when two Mississippi schools like Alcorn and Jackson State get together, it consists of everything above and then some.

Before the rivalry was named today’s version of the Soul Bowl, it was called the Capital City Classic (CCC) from 1993 to 2011. But through talking with former players and fans of the game for nearly the last half-century, it was once called the Soul Bowl and the Turkey Day Classic before the game became the CCC and a popular economic piece with prime sponsors for the city of Jackson that drew millions of dollars with an entire weekend of events.

As the CCC, however, the game was held inside of Mississippi Veterans Memorial Stadium in which both schools would rotate between the home and the away team each year.

“The game had a tremendous impact for Jackson,” Price said.

“The game was always a week before Thanksgiving and it was always a hell of a game. But, it also consisted of other elements that allowed people to eat, shop and attend events outside of the actual game experience.”

Before she served as the CCC executive director, Price – a diehard Alcornite and a student at Alcorn from 1972-75 – began going to the games as a toddler with her uncle.

“He told me that he would get more attention from the girls when I was with him,” Price said.

From her humble roots, Price has always been a firm believer in the CCC and the culture surrounding the big game.

“At our tailgates, we cook our own food as oppose to other schools,” Price said.

“It was no end to what might be served. And if the game was on Saturday, you would be surprised at the number of RV’s, tents and stuff set up on campus on like a Thursday evening. It’s extensive.”

For 17 years, Price helped with the CCC but before she took the lead role in the classic, she helped longtime executive director Dr. Walter Reed, a diehard Jacksonian.

Reed remembered when the game was played on Thanksgiving Day (Turkey Day Classic) but then was changed to a Monday night on the week of Thanksgiving with the idea of trying to make JSU eligible for the Division I-AA Playoffs as an at-large team.

“During this time period, in the 1960s, the two teams played the game on what was considered the black fair day,” Reed said.

“This was a time where the Mississippi state fair was segregated but on the day of the game, all the black high schools would go to the fair and come to the game.”

From Mondays to Thanksgiving Day to the week before Thanksgiving, Reed has witnessed the game go from its various names and saw some of the greatest games played between the two schools. But, for him, the 1967 season was one that always comes to mind and one that he will never forget.

During that season, Reed did scouting reports of JSU opponents for then head coach Roderick Paige, the former U.S. Secretary of Education but Tigers coach from 1964 to 1968.

When Jackson State played Alcorn at Alumni Field – the site of the current John A. Peoples Science Building on JSU campus – then Braves head coach Marino “The Godfather” Casem and Tigers coach Bob Hill got into a fight.

The NCAA indicated that if you played games at night, the footballs had to have a white stripe at the end of them. Casem brought it to Paige’s attention.

“While Paige was making the adjustments, Bob said, ‘we not doing a darn thing and I owe you a whooping,” Reed said.

“Casem said, ‘Well, give it to me,’ and that’s when the fiasco started.”

At the time, Hill served as the head baseball coach for JSU. When the Tigers played the Braves during the baseball season, Casem and Hill got into it during that game.

“That altercation spilled over into the football game and led to the confrontation,” Reed said.

The rivalry between the two schools runs deep and has been that way forever. And for former players like JSU wide receiver Dennis Harden and Alcorn lineman Lawrence Pillers, the bragging rights of winning that game were important.

Harden played with the Tigers in the 1966 season with players like former standout wide receiver and head coach Harold Jackson, the late and former Tigers head coach Robert Hughes and NFL Hall of Famer Lem Barney.

Fact #6: We look better in Gold. The @ProFootballHOF Gold Jacket of course. Tiger Hall of Famers, the appropriate use of Gold 😉 #THEEiLove #JSUTakeOverLorman #SoulBowl18 pic.twitter.com/osOo4b5CQ9

“When we played, it was tough,” Harden said.

“We had dedicated players and when you were on the sideline, we would push the ones who were out there and we played against some good teams.”

Pillers, who played for the Braves from 1972 to 1975 as a four year All-American, loved every moment about playing against Jackson State.

“It was nothing better than knowing you beat those Tigers,” Pillers said.

“We wanted to win and kick their butt. There was nothing greater than walking around with those bragging rights for a year.”

Pillers made history during his time with the Braves. He helped the Braves capture the 1974 SWAC and Black College National Championships as an offensive lineman.  In 1975, he was named to the All-SWAC 1st Team as a defensive tackle and also earned 1st Team NCAA and NAIA All-American honors.

Pillers was the only Braves player in history to earn All-SWAC honors on both the offensive and defensive sides of the ball. He then went on to play in the NFL as he was drafted by the New York Jets in 1976 before being traded to the 49ers in 1980.

With the 49ers, Pillers won two Super Bowls in 1981 and 1984. Beyond his on the field accolades, Pillers said the one thing he remembered most about playing JSU was 1974 when he faced Walter Payton.

“This was a time where Walter Payton was running over everybody at tailback,” Pillers said.

“We thought that if we stopped Payton, we would beat Jackson State. We stopped him but we could not stop Joe Lowery.”

After years of playing and now spreading his wealth of football knowledge to youth around Mississippi through football camps and motivational speaking, Pillers could not be happier for the Braves’ success over the last four years as they have made four consecutive appearances in the SWAC Championship game and won two.

“We had a winning tradition here and this is what we do.”

For Pillers and many other Alcornites, they hope the Braves find a way to earn a fifth trip to the conference title game by defeating Jackson State in what could go down as one of the biggest Soul Bowl games in history.