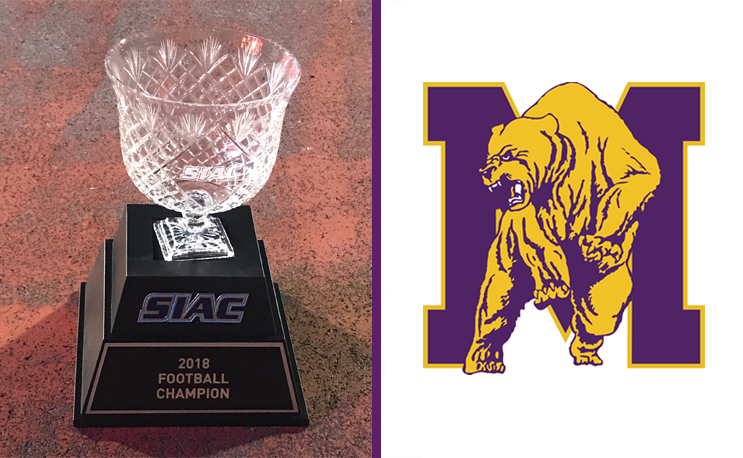 The Golden Bears started 0-5 end the season as champions.

Four weeks ago not many people outside of Fairfield would have predicted a SIAC Championship for Miles. Oops. The Golden Bears (5-6) destroyed Albany State (7-4) by a score of 50-23 on the Miles College campus.

Miles expanded on its 20-17 halftime lead with 24 unanswered points in the second half. A combination of Daniel Smith from the pocket and Justin Hardy out of the backfield simply overwhelmed Albany State.

Smith finished the afternoon with 238 yards passing and completing 21 of 32 passes. Hardy rushed for three touchdowns and 128 yards on 27 carries. Albany State only managed six points in the second half on a 20-yard touchdown pass to Javon Wooten from Brandon Pearson.  The rushing totals were fairly even from both teams but Miles outclassed ASU in the air, with 238 yards to only 114 for the Golden Rams.

It’s most likely that this game will keep the SIAC out of the playoffs for the second year in a row. Albany State should fall out of the seventh spot in Super Region 2 after the lopsided loss and despite the championship, Miles finishes with an overall losing record. The Golden Bears haven’t been ranked in the region all season.

Despite that, there is plenty to be proud of for Miles College.  The Golden Bears were 0-5 at the end of September and turned around to win five of its next six games. The only loss was by one point to Lane who booted a field goal with six seconds remaining. Two other losses during the season came during either the final minute (Ft. Valley) or final play (Morehouse) of the game.

The Golden Bears have also had to deal with multiple tragedies in the last two years.  Coach Reginald Ruffin’s wife, an assistant coach and another assistant coach’s young child all passed away.  So this run to a championship surely has a special meaning for the Golden Bears.