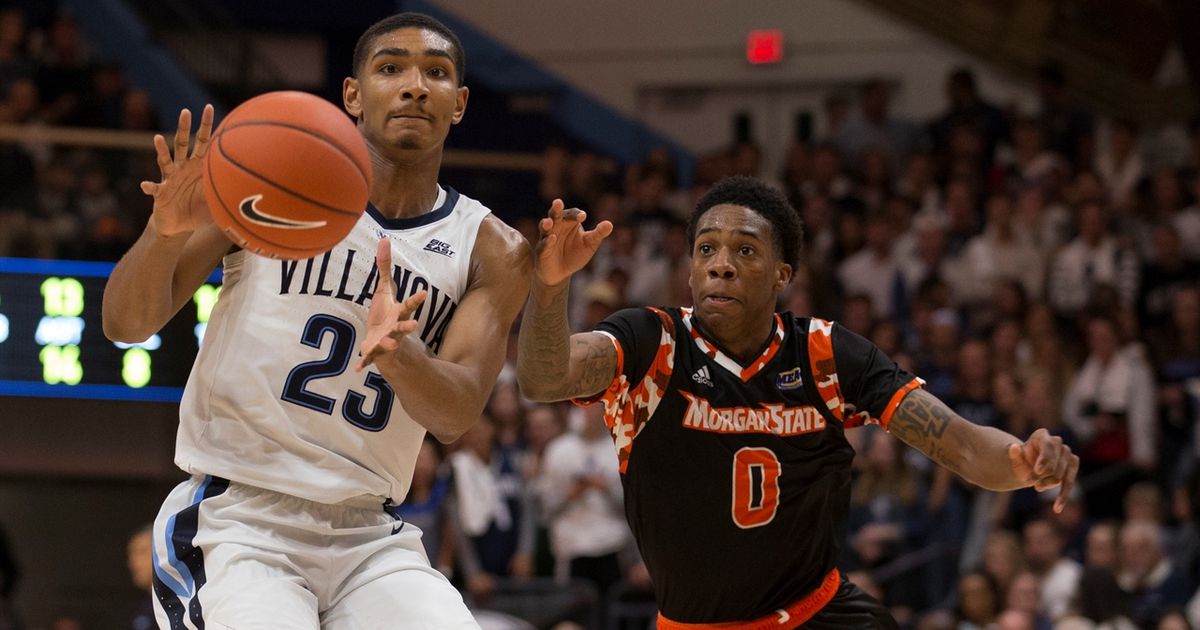 Despite the loss, things were some positives in Morgan State’s opening-night loss to Villanova.

Morgan State basketball started the post-Tiwian Kendley and Phillip Carr era on Tuesday night. On paper, the opponent was a scary sight as the Bears clashed with the Villanova Wildcats. But in the reality, Morgan State played well and competed to the end in a 100-77 loss in Philadelphia.

A 23 point loss is sour but scoring 77 against the defending National Champions is surely a bright spot for the Bears. Here are three takeaways from the game.

A total of 11 players scored for the Bears last night. For MSU fans, that sounds different; and it is. Coach Bozeman needed more productivity from his bench and he’s going to get it this season.

The Bears scored 45 points from their bench, making the game a little more interesting. The vets Dave Syfax and Martez Cameron had a rough night. But as the starters struggled, Stanley Davis’ 14 points and Isaiah Burke’s 17 points gave the Bears a push.

As time moves on, team chemistry will come together and the Bears will have multiple scoring options, which is a major improvement from the last few seasons.

The freshmen will be impact players

Isaiah Burke and Sherwyn Devonish-Prince Jr both played roughly 26 minutes each last night. The “DMV” prospects were highly touted in the area and they both committed to Morgan State. Malik Miller was also highly touted as well, being fourth in the entire country in rebounds during his last year of high school. Sherwyn started for MSU.

This is major as Bozeman is a coach who plays people who understand his scheme and who can execute. Expect to see these Freshmen get some major bump moving forward

Bears success will be determined by the newcomers

After losing two stars and having five players transferring out the program, Bozeman had some work to do in terms of filling those spots. The Freshmen set the tone last night and the transfers will do the same. Victor Curry, Ranell Bell, Jordan Little, and Taron Oliver Jr are those transfers.

Overall, the newcomers to the program will determine the amount of success that the Bears will have. As seen in the contest against the Wildcats, the newcomers scored the majority of the points for the Bears. Bozeman has sold players returning but his true impact players could easily emerge from his newest additions.

An up & down battle against a tough & deep @MorganStBears team – good luck this season Bears !