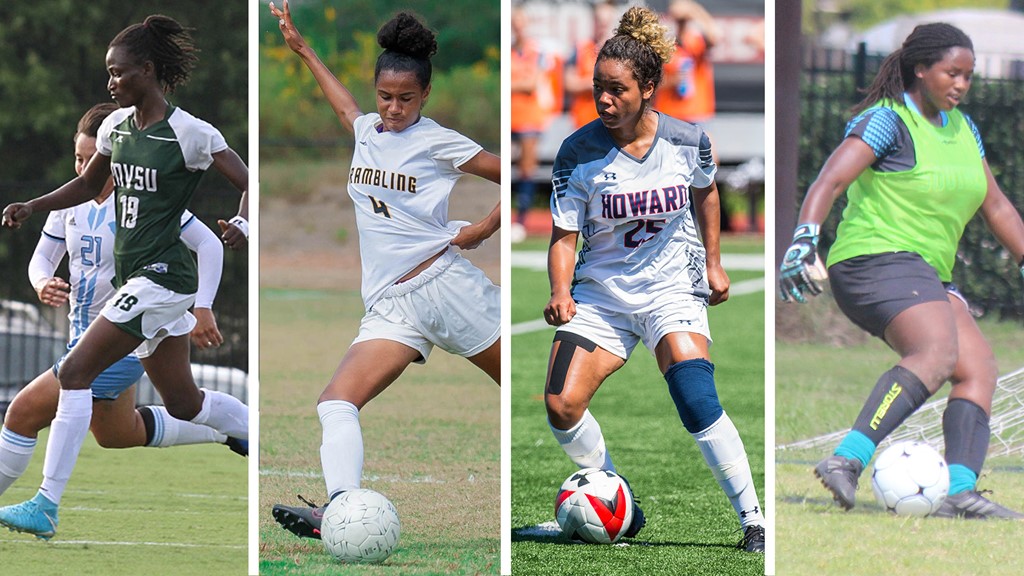 I love covering @GSU_TIGERS soccer! Fun team to watch on and off the field. They're the No. 1 seed in the @theswac tournament. They'll take on UAPB tomorrow morning. Their final practice before leaving was 'spooky' pic.twitter.com/WYtyXhi5rf

Issaka collected Offensive Player of the Year accolades for the second time in her decorated career after an exceptional season where she scored 20 goals, dished out seven assists and accounted for a nation-leading 47 total points. The senior striker, who shared the honors in 2016, is the nation’s active leader in career total points.
Adams picked up Defensive Player of the Year honors after helping to anchor a Lady Tigers’ defense that has not conceded a goal in seven straight matches. A one-time defensive player of the week honoree, Adams aided the Lady Tigers in allowed just 1.11 goals per game and limiting opponents to a combined 78 shots on goal.
Taylor, the 2018 SWAC Freshman of the Year led the Bison in scoring with 14 points, finding the twine six times during the season and adding a pair of assists. The Wadsworth, Ohio native earned offensive player of the week honors twice this year, scoring the game-winner on three separate occasions this season.

Haileigh Adams earns the SWAC Defensive Player of the Year honor, while Justin Wagar repeats as the SWAC Coach of the Year pic.twitter.com/ts4Hd6PCQu

Eriken earned the 2018 SWAC Goalkeeper of the Year award. She leads the SWAC as well as the nation in saves (150) and saves per game (10.00). Ranking second in the league with a .847 save percentage, the Mesquite, Texas native put up five matches with 10 or more saves and is responsible for the most saves in a single match by any player in the
country thanks to a 22-stop effort versus Grambling on Oct. 5 Wagar earned his second SWAC Coach of the Year award in as many seasons after he guided the Lady Tigers to a 12-7 record (9-1 SWAC) and the conference regular season title. Under Wagar’s direction, Grambling allowed 1.11 goals per game and boasted the second-best scoring margin among all teams. Thanks to ferocious defense, Grambling outscored SWAC opponents 20-1 during play and has not allowed a goal in seven straight matches entering tournament play.