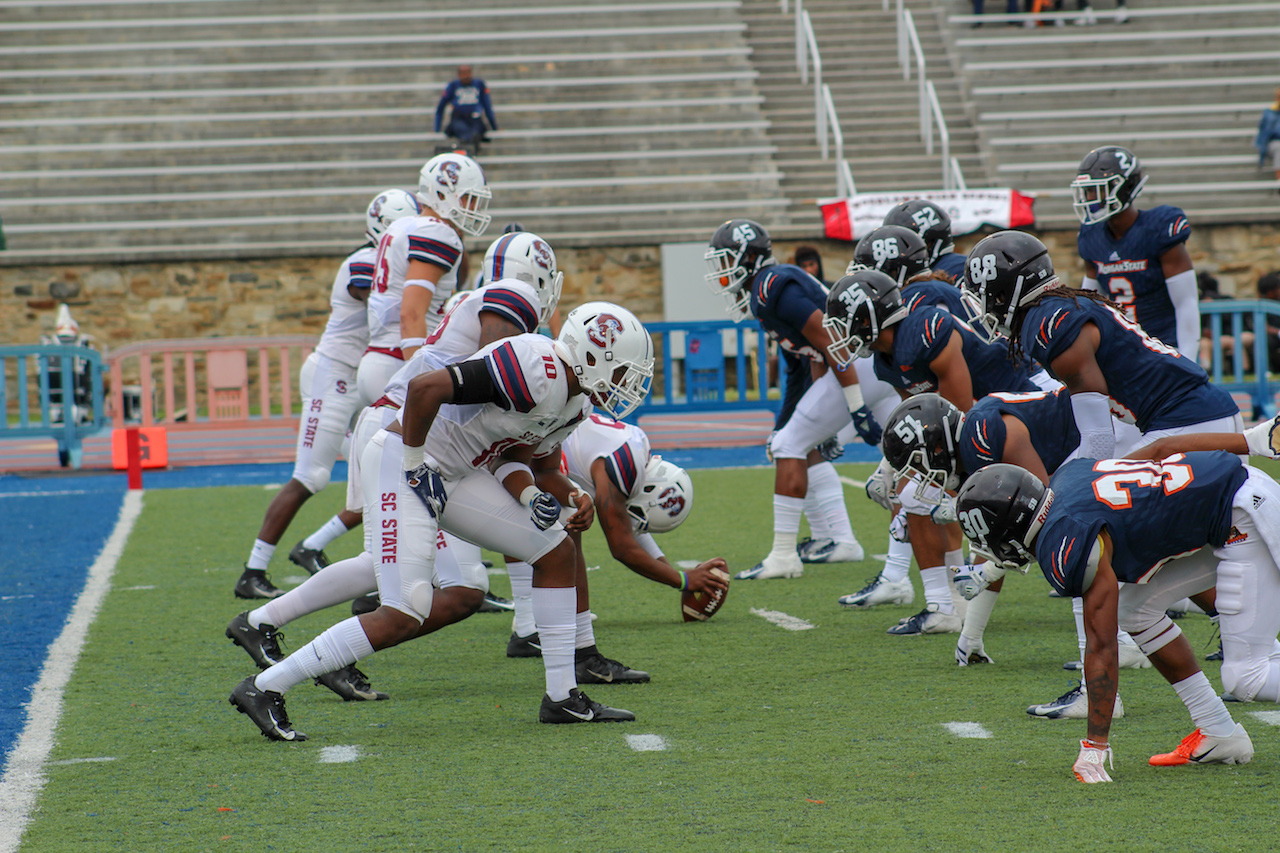 MEAC Picks of the Week: Down to bragging rights

With the season winding down, it’s about bragging rights

It’s towards the end of the season and realistically, only two teams have a shot at the MEAC crown and Celebration Bowl berth: Florida A&M and North Carolina A&T. Both schools faced off and FAMU came out on top, which means that everyone is looking at the Rattlers right now. Speaking of everyone else, most schools are playing for bragging rights and for a solid finish to the season.

Here are my MEAC picks for Week Ten!

The Bison had a struggle in October. They were a few plays away from being 4-0 or 1-3. They came out of October with a 2-2 record and their MEAC chances slimmed due to losses to NC Central and SC State. Caylin Newton has not looked so great as of late. After his dominant performance against Delaware State, he was sacked six times at Morgan State and held to his worst performance against MEAC competition. The following week, he was silenced again as the Bulldogs shut him down on homecoming.

The timing is not so good for Howard as FAMU walks into Greene Stadium looking to secure at least a share of the MEAC title. Ryan Stanley and his offense have been clicking on every level. This does not fare well for the Bison defense that ranks ninth in the conference. The key to the game is the Bison defense; if they give up points early, Stanley will have his way.

FAMU is close to clinching the MEAC Title, their first since 2010 and first outright since 2001. First-year head coach Willie Simmons has instantly made FAMU Football relevant again.

In the past three games, Norfolk State has only scored nine points. Juwan Carter can’t get things moving despite being ranked third in the conference in passing yards. That might continue as North Carolina A&T has the top scoring defense in the conference.

With the possibility of no Celebration Bowl or FCS playoff berth coming to reality for NCAT, let’s just say that the Aggies won’t be in the mood for any games. Plus its GHOE, yeah good luck Spartans

NAIA school Edward Waters has caught NC Central at the wrong time. After losing to Delaware State, the Eagles will most definitely try to redeem themselves.

Delaware State just won its third MEAC game within the past three seasons. It’s strong performance against NC Central last week shocked everyone and will continue this week. And for the Tigers, their MEAC farewell tour has not treated them well but they are coming off a 29 point win against the Spartans of NSU. This game will be close.

@_ockb6 scores from 76 yards to seal the victory vs NC Central. He finshed with 122 yards in 16 carries. #makeaSTATEment pic.twitter.com/fjMzXRDmHJ

LINCOLN, NE – OCTOBER 27: Bethune Cookman Wildcats quarterback David Israel (2) steps back for a pass during the game between the Bethune-Cookman Wildcats and the Nebraska Cornhuskers on Saturday October 27, 2018 at Memorial Stadium in Lincoln, Nebraska. (Photo by Nick Tre. Smith/Icon Sportswire)

Bethune-Cookman just picked up a major check against Nebraska last week. Meanwhile, Morgan State is still trying to understand if its a “new day” or not due to another loss; this time from Florida A&M.

Besides that game, the Morgan State defense has been extremely solid and is very underrated due to the horrible play of their offense. Akevious Williams is the focal point of offense for Bethune Cookman right now. He has 1,435 passing yards and 12 touchdowns on the year. The Wildcats will pick up a well-needed win.

MEAC Picks of the Week: Down to bragging rights