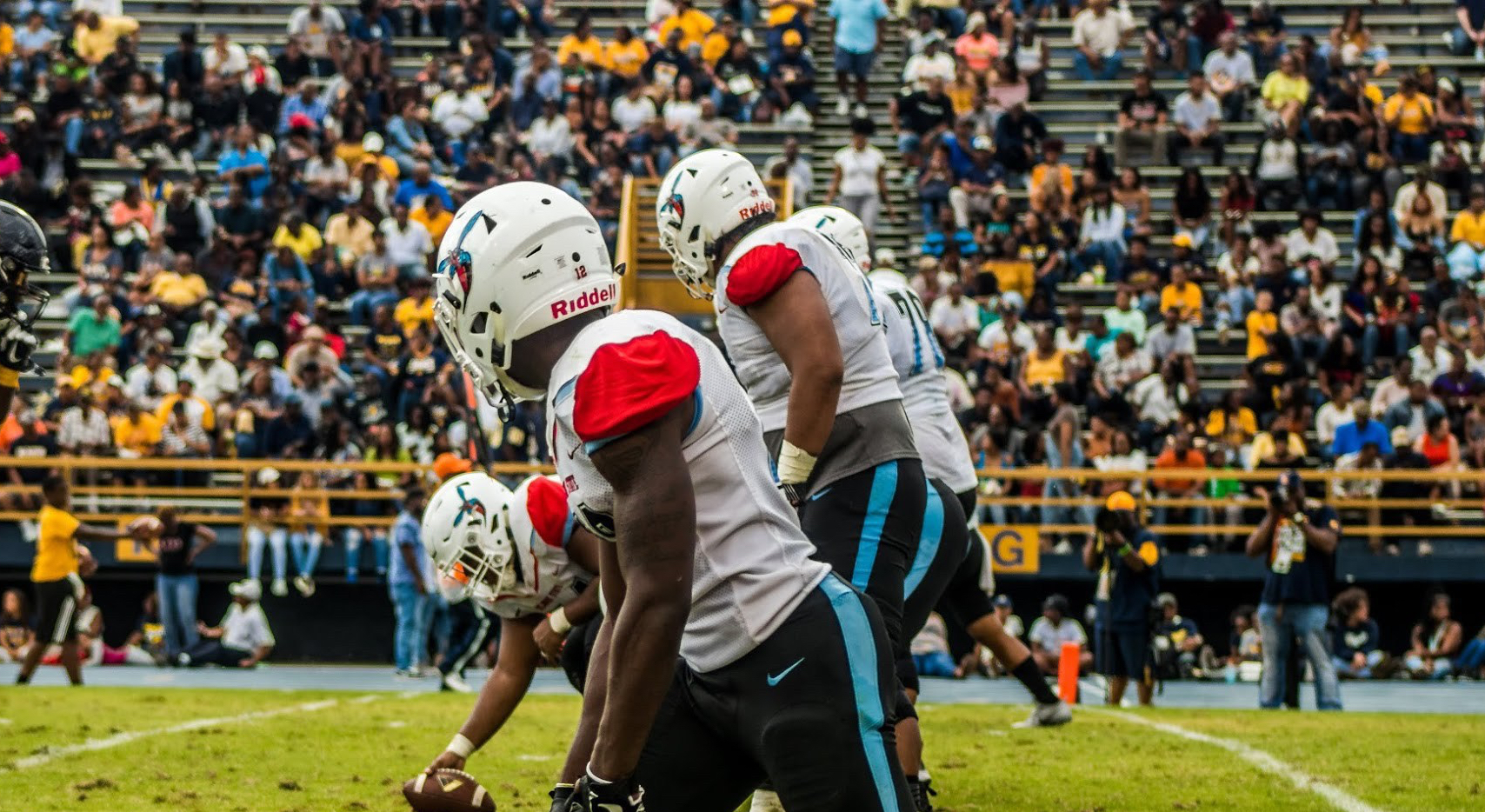 Dover, DE– The streak is thankfully over for Delaware State.

Delaware State beat the North Carolina Central for it’s first conference win of the season. This is NCCU’s second MEAC loss of the season and the Hornets’ first win since their win over Morgan State on November 11, 2017.  Delaware State had been on a 13-game losing streak until Saturday afternoon.

Things started off slow in the first quarter, but the Hornets eventually found their footing. They were the first to put points on the board when the sophomore Quarterback Jack McDaniels connected with Isiah Williams on a five-yard TD pass.

Delaware State continued to drive down the field and McDaniels would connect for another touchdown pass late in the first, this time to Sophomore Kwannah Kollie for 27 yards. In the 2nd quarter, running back Michael Chris-Ike would score on a 42-yard run. NCCU would score its only touchdown when Chauncy Caldwell ran for 24 yards. The rest of it’s points would come from field goals.

Towards the end of the 2nd quarter, the Eagle offense would suffer a big hit as starting quarterback Caldwell was carted off the field with an apparent leg injury. Naill Ramadan would finish out the game.

The Eagles defense managed to shut out the Hornets in the 3rd quarter and cut their deficit to eight points. However, the Hornets refused to go down and running back Brycen Alleyne closed out the game with this 76-yard touchdown run.

DSU quarterback McDaniels was 10 of 19 for 102 yards and had one interception. Chris-Ike had 21 carries while Alleyne had 16 for 122 yards

Isaiah Totten was the led the North Carolina Central offense with 90 yards on 19 carries.

Delaware State will take on the Savannah State Tigers next week as it looks to get a winning streak going.