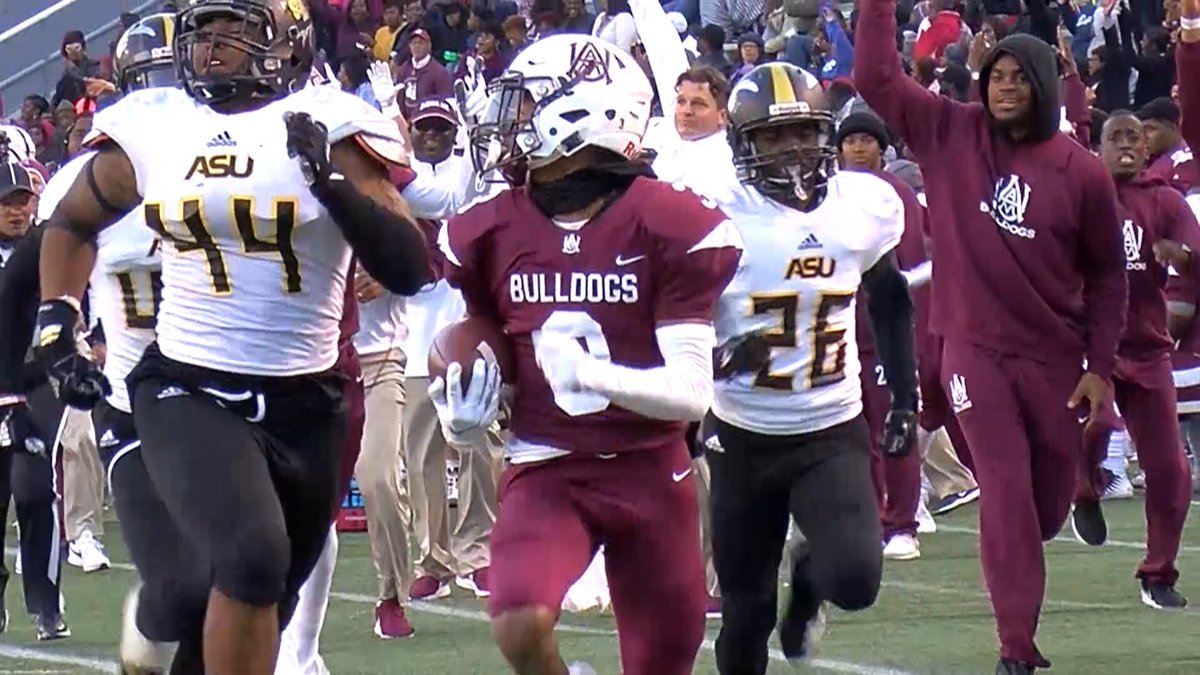 Alabama A&M dominated Alabama State in the second half to capture the Magic City Classic in Birmingham.

Alabama A&M won’t make the SWAC title game this year, but it did its part to try to make sure its rival doesn’t either.

AAMU came up with a big second half to come away with a 27-10 win over Alabama State in the Magic City Classic in front of 65,907 fans.

Aqueel Glass threw for three touchdowns and Jordan Bentley ran for a 57 yard score to give the Bulldogs bragging rights over their rivals. Glass completed 17 of his 30 pass attempts for 322 yards and no interceptions in the win.

The @aamufb team was very happy for Brian Jenkins who was fired from Alabama State last season and is now a part of their staff. pic.twitter.com/U4Lea2TTa4

Nathaniel Dale had a big game for AAMU as well, catching six passes for 204 yards and two scores. Nine receivers caught passes on the day.