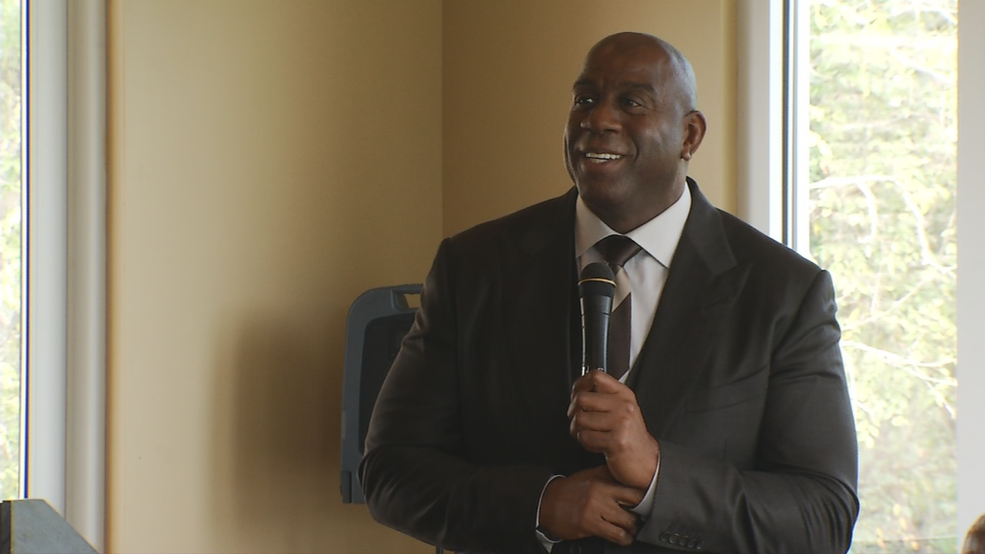 An all time assist for the Marauders.

No matter what happens this weekend with Central State University on the field, they’ve already won.  NBA legend Magic Johnson announced on Friday that he is donating $1 million to the university.

During today's @go_marauders Hall of Fame Luncheon, CSU Believer @MagicJohnson announced that he will donate $1 million to @CentralState87.

Johnson was on hand Friday, along with radio mogul Tom Joyner, as the university welcomed new members into the Marauder Athletic Hall of Fame. He spoke to the crowd about supporting the school and gave tips on how he became so successful in sports and business.  Johnson then dropped an all-time assist as far as CSU fans are concerned, pledging $1 million to the school.

“To have them both here as we celebrate our homecoming, our Hall of Fame, a luncheon,” she said. “it’s just a phenomenal day for all of us. We’re so pleased to have people of their stature who are so committed to our students, to the uplift of our communities,” Central State President Dr. Cynthia Jackson-Hammond said.

Johnson is no stranger to Central State University.  He made a donation to the school in 2015 when he was on hand to cut the ribbon for the then brand new Student Center. In May of 2017, Johnson became an honorary chairman of Central State University’s capital campaign. Magic is proving to be a great teammate for CSU who is having a homecoming to remember this week.