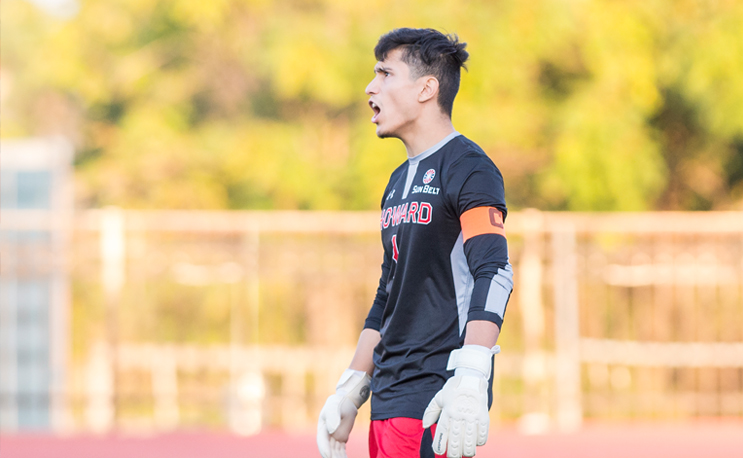 Howard pulls off an improbably win against Rutgers of the Big Ten. See how.

After 100 minutes, both squads were held scoreless. At the 106-minute mark, a ball ricocheted from Rutger’s keeper Rafael Pereira where sophomore defender Matteo Turner (Hamilton, Bermuda) capitalized with his first collegiate goal and sent the Bison home victorious.

OOF! Wacky play to end it in Piscataway tonight. The ball takes a tough bounce and deflects off Periera's head on a shot attempt – @HUBisonSports' Matteo Turner buries it off the rebound to put away the Scarlet Knights in double OT. Have to see this one to believe it! pic.twitter.com/2o1rc1nZTE

Despite being outshot, 16-11, HU’s defense kept RU off the board and gave themselves a chance. Junior goalkeeper Carlos Caro (Silver Spring, Md.) posted a match-best eight saves in the win.

For Rutgers (2-9-1), Pereira had a team-high five stops in a losing effort.

Howard (2-5-3) concludes its road swing in Atlanta when they resume conference play at Georgia State. Match time is scheduled for 7 p.m.