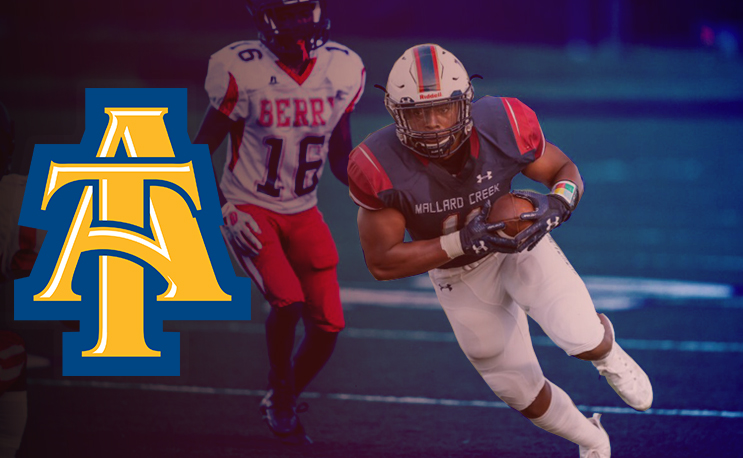 People checking out Mallard Creek football in 2018 may get a chance to see a future star in Jacob Roberts.

North Carolina A&T may have lost to Morgan State on the field a few weeks back, but it beat its MEAC rival for a coveted recruit.

Morgan State offered Roberts a scholarship back in May, while he received some interest from Charlotte, NC State and North Carolina. He was named the Most Outstanding Defensive Player for Mallard Creek, a perennial football powerhouse in Charlotte that finished as 4A State Runner-Up last year. He has been selected to participate in the Hawaii Tiki Bowl heading into his senior season.

Roberts is rated as a two-star recruit, which isn’t super high, but the Aggies have a history of turning lightly-regarded players into contributors and sometimes superstars since Rod Broadway took over. Tarik Cohen, Tony McRae and Brandon Parker weren’t three or four-star players, but they all now play on Sunday. Jeremy Taylor was once a walk-on from Kinston and became a major contributor to the program’s run of three-consecutive postseason finishes.

The Aggies are solid at linebacker for the forseeable future, and Roberts could get another offer that he finds as a better fit. There’s a long way to go between now and signing day. But if he shows up in Greensboro, just remember where you heard it first.