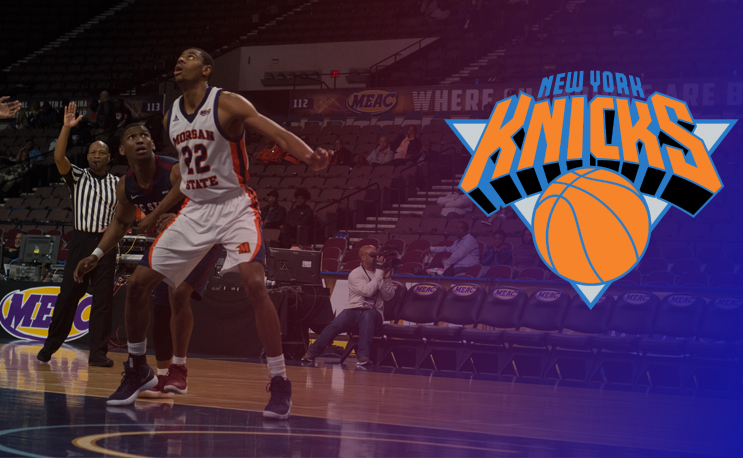 The Knicks have released one former HBCU star and signed another as they fill out their G-League squad.

Carr, a 6’9 forward, is expected to have signed an Exhibit 10 deal like Walker did last week. This makes sense as he told HBCU Gameday that he’ll likely end up on the Westchester Knicks, the team’s G-League affiliate. Exhibit 10 deals allow them to receive up to $50,000 from the Knicks if they sign with Westchester.

Walker and Carr could actually end up being teammates in Westchester. Walker told the New York Post he expects to play with the G-League team this year.

A Familiar Road Ahead

The path that these two players, as well as Carr’s former teammate Ty Kendley, have taken is the most likely one for HBCU players trying to break in at the top level of basketball. Only three players from HBCUs have been drafted since 2000: Shaw’s Ronald “Flip” Murray, North Carolina Central’s David Young and Norfolk State’s Kyle O’Quinn.

Not getting drafted doesn’t mean these players won’t ever get a chance to see real NBA action. After all, Robert Covington started in the NBA’s developmental league and he’s parlayed that into a nice career and a handsome salary with the Philadelphia 76ers. Carr has a game similar to Covington’s, although his body needs to fill out more and he doesn’t have quite the same range.

345
The Latest in HBCU Sports and Culture