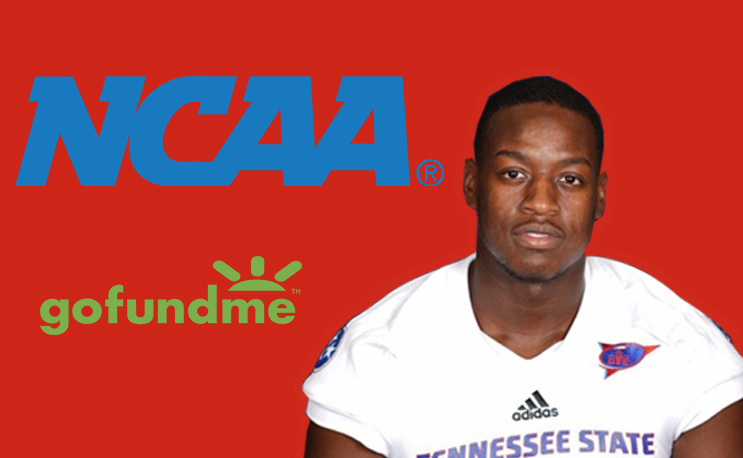 Apparently, the college athletic governing body wants to make sure the linebacker doesn’t profit from his injury.

Christion Abercrombie is fighting for his life in the hospital and the NCAA is fighting to make sure charitable giving is coming through its preferred source.

Tennessee State has shut down two Go Fund Me pages created in the wake of the sophomore linebacker’s severe head injury in TSU’s loss to Vanderbilt on Saturday.
https://twitter.com/tsu_football/status/1046892174510559234
TSU requested that pages by Nashville citizen Jake Waddell and Fachon Reed, the sister of head football coach Rod Reed, be taken down after the NCAA communicated that they may put his eligibility in jeopardy.

Apparently, the college athletic governing body wants to make sure the linebacker doesn’t profit from his injury.

The Tigers have set up a Go-Fund Me to raise funds for Abercrombie’s family. A goal of $250k has been set. His medical expenses will be paid by insurance policies provided by TSU and the NCAA.

A vigil on Tennessee State’s campus was set for Monday night at 9 PM.