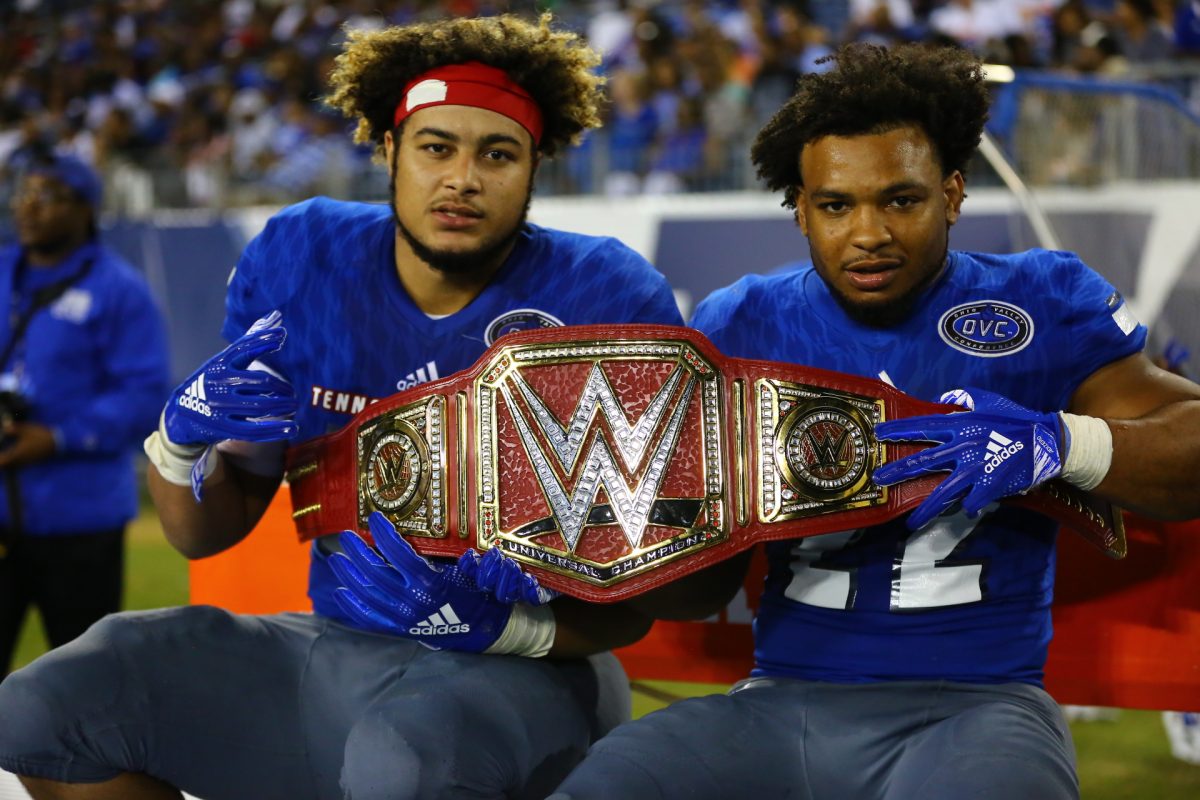 Big Blue Nation opens the season with a convincing win.

NASHVILLE–Tennessee State wanted to start off fast and finish strong. That’s exactly what they did by defeating the Wildcats of Bethune Cookman 34-3 on Saturday night. The Tigers were dominant on both sides of the ball, however, not surrendering a third down conversion until early in the fourth.

With 2:07 left in the first quarter the Tigers scored on a 20-yard touchdown pass from Michael Hughes to DeVon Johnson taking a 7-0 lead. On the following drive for BCU, David Israel was intercepted by LaQuarius Cook giving the Tigers excellent field position. DeMarco Corbin scored on a one-yard touchdown run with three seconds left in the first quarter making it 14-3.

With 4:34 left in the second Mike Hughes moved TSU down the field going 5-5 for 62 yards and a touchdown. Hughes would finish the game 11-18 for 170 yards, and two total touchdowns.

With 11 minutes left in the fourth Croft connected with Rowland again for a 35 yard gain to the BCU 29-yard line. The Tigers settled for a field goal making the score 27-3 TSU. With just over 5 minutes remaining, Akevious Williams was picked off by Dajour Nesbeth for a 39-yard touchdown.

CONGRATULATIONS!!!
Rod Reed earned his 50th Victory as a Head Coach!
Third Most Wins at TSU behind John Merritt and Henry Kean.#BigBlueRising pic.twitter.com/KlktYaFWf5

The 31 point deficit was the largest loss against an FCS opponent since 2009 for Bethune-Cookman. The Tigers amassed 525 yards of total offense on 77 plays.

“Our offense is like a Ferrari, it doesn’t shift gears too often, put it in drive and we will be alright” said Tennessee State’s Chris Rowland.

The Tigers averaged about six yards per play so they had no issues easing on down the road against Bethune Cookman. Also, TSU had seven different receivers catch passes and five different running backs got a chance to carry the football. The Wildcats were held to less than 300 yards of total offense.

Next week,  Tennessee State will play the Tigers of Jackson State in the Southern Heritage Classic. For Bethune-Cookman, they will head home for a matchup against Virginia University of Lynchburg.