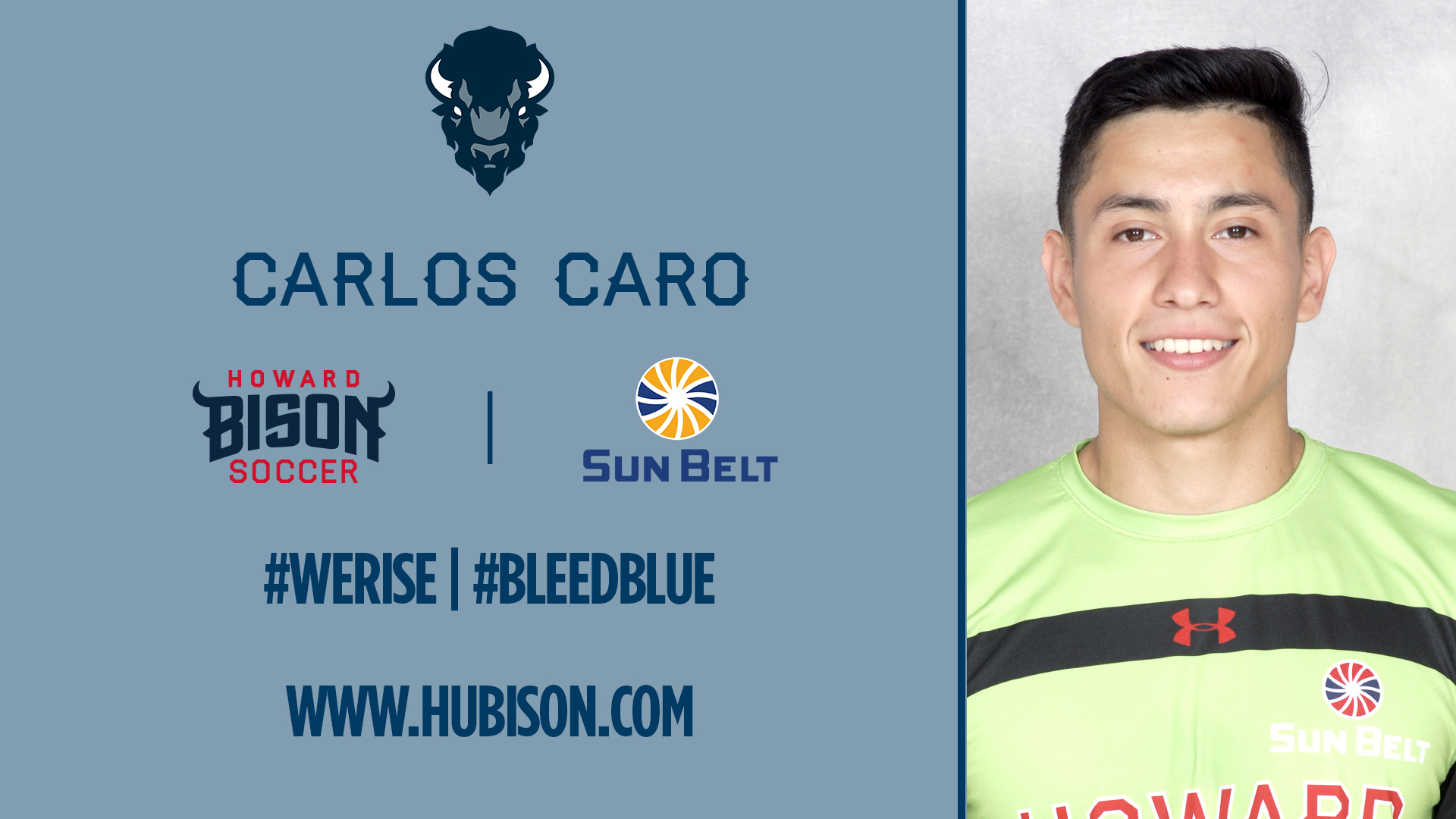 Coach considers Howard junior goalkeeper Carlos Caro one of the best in the country.

The votes for Caro, who is a junior, were all cast by the conference’s five men’s soccer head coaches. Caro’s sophomore season consisted of  66 total saves, averaging 4.12 saves per-match with two shutouts, which was second in the league. Caro was also selected in 2017 to the SBC All-Tournament Team.

“I am happy to see Carlos [Caro] acknowledged by the coaches throughout the Sun Belt,” said Howard Men’s Soccer Head Coach Phillip Gyau. “I truly believe he’s one of the best goalies in the country.”

Howard was 2-15 last year and is projected to finish last in the Sun Belt this year. The Bison executed their best games towards the end of the season while reaching the SBC semifinals with the help of goalkeeper Caro.

No. 5 @HowardMSoccer advances to the Sun Belt Men's Soccer semifinals after defeating No. 4 @HartwickMSoccer, 1-0. pic.twitter.com/X03LYnO6Gi

Coach Phillip Gyau and the Bison start their 2018 season on August 24 against Bryant at William H. Greene Stadium in Washington, D.C.