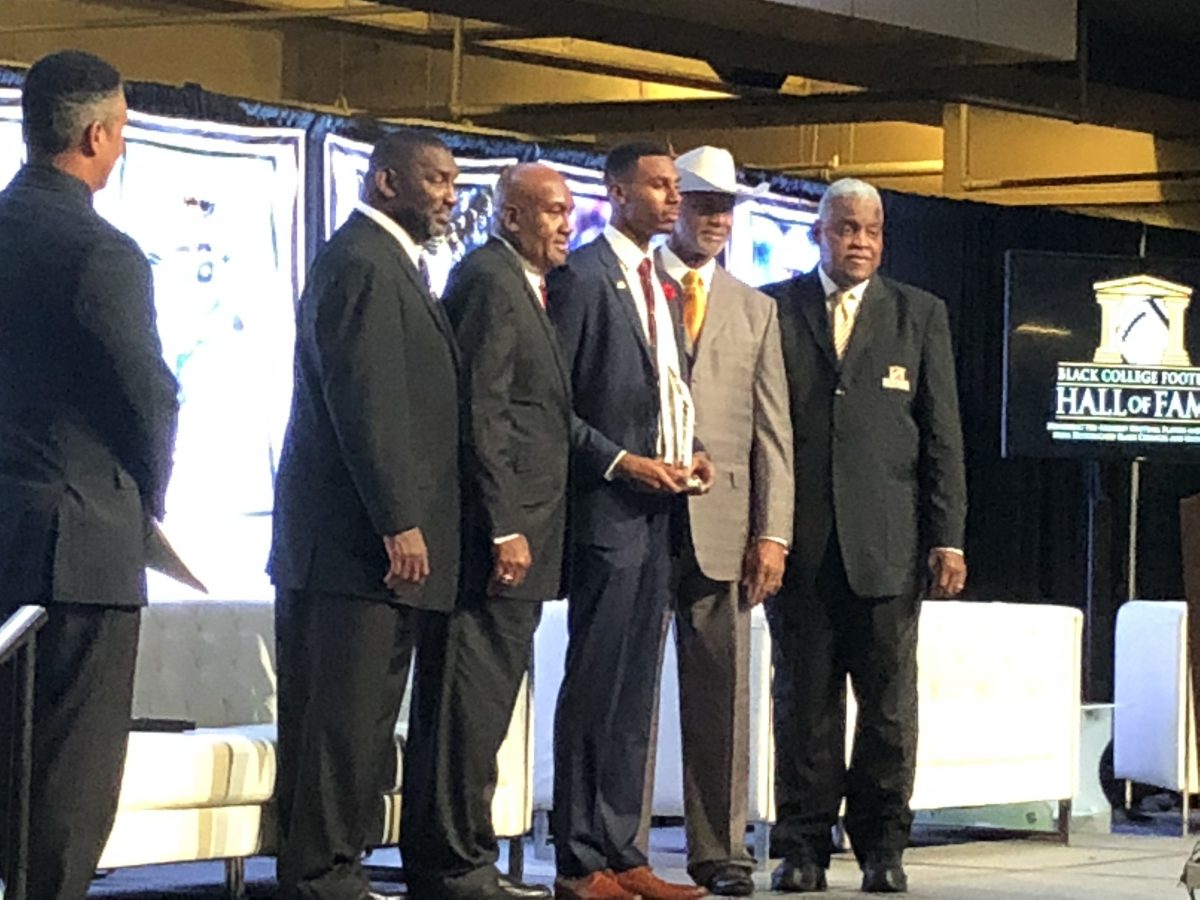 The MEAC and SWAC champs have the most players while the CIAA returns the reigning Deacon Jones Trophy winner.

The start of the football season is nearly upon us and that means its time to start thinking about the end of the season. The Black College Football Hall of Fame announced a 52-player watch list for its third annual Deacon Jones Trophy.

Headlining the list for the award the body gives to the top player in HBCU football is its most recent winner and a combined 12 players from Grambling State and North Carolina A&T.

Bowie State’s Amir Hall looks to become the first repeat winner of the award, which was first given in 2017. The 6’5 quarterback had an earth-shattering season last year, throwing for better than 3,500 yards and tossing 41 touchdowns to just four interceptions. He was also named the HBCU Gameday/Protect Your Skull Player of The Year following his junior season.

Defending MEAC champ, Celebration Bowl winner and 2017 HBCU National Champion North Carolina A&T had six players nominated for the award. Quarterback Lamar Raynard tops that list as he was a finalist for the award following a year which saw him lead his team to a 12-0 record while breaking all the school’s major single-season passing records.

Joining him is running back Marquell Cartwright, receiver Elijah Bell, tight end Leroy Hill, defensive lineman Daryl Johnson and defensive back Mac McCain. Overall a total of 18 players from the MEAC were on the watch list, including preseason defensive player of the year Davanta Reynolds of North Carolina Central.

The CIAA placed 10 players on the list, while the SIAC had eight. Tennessee State’s Steven Newbold was also added to the list. The full list can be viewed below.

The trophy, named after the Hall of Fame defensive end who played at both South Carolina State and Mississippi Valley State, is given annually. The first winner of the award was North Carolina A&T’s Tarik Cohen, who now plays for the Chicago Bears, following the 2016 season.