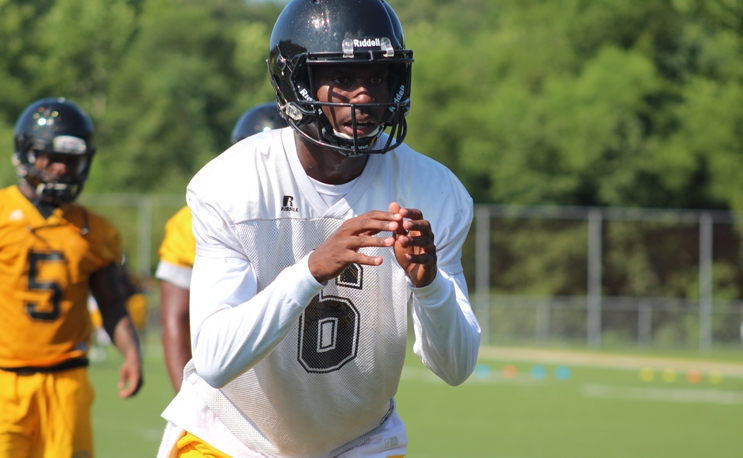 Bowie State entered fall camp lit up and ready to go as they stepped on the field for the first practice of the 2018 camp season earlier this week.

Predicted to win the CIAA, there is a lot expected of the Bulldogs.

Check out some photos from Day One of BSU’s fall camp.

Amir Hall hands off to a RB