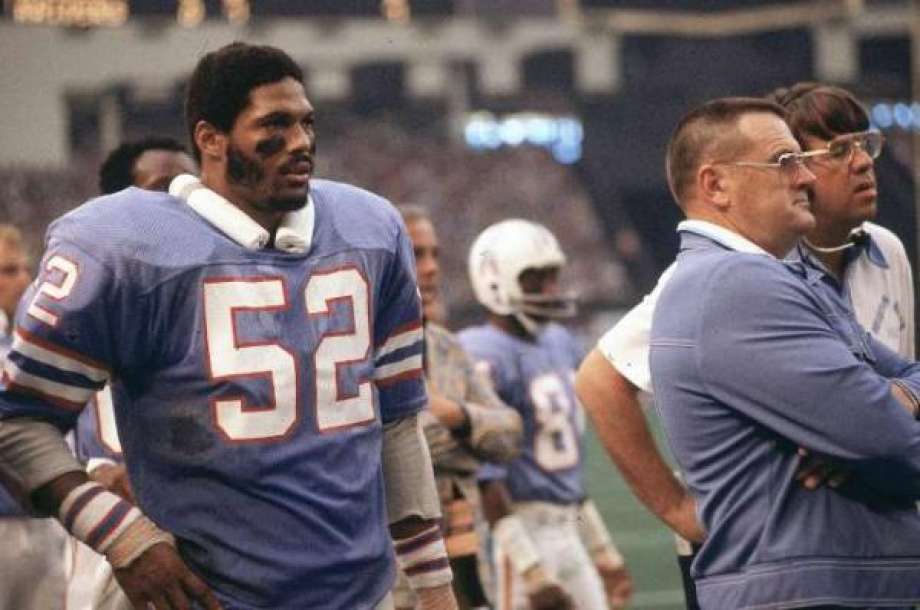 He becomes the fourth Jackson State Tiger in the HOF.

Robert Brazile hasn’t played football in nearly 35 years but he’ll take the field on Saturday as the member of a new team. A Pro Football Hall of Famer.

The man known as “Dr. Doom” will be one of eight players inducted on Saturday into the 2018 class for the Hall of Fame. The former Jackson State star spent his ten-year professional career (1975-84) as a member of the Houston Oilers.

Earlier this summer Brazile admitted that he was very nervous about his upcoming speech.

“I’ve been playing this game every morning. I get up about 3:30 every morning, rehearse it and practice it going over mistakes. I am too excited,” he said.

Former Oilers LB Robert Brazile, who'll be inducted into Pro Football HOF, will be center of attention Monday during roast &toast hosted by @SportsRadio610 benefiting @depelchin. On his Hall of Fame speech: "I promised Brenda (wife)..She's the only 1 that knows what's on my mind" pic.twitter.com/UQBz6K00zE

Brazile becomes the fourth JSU Tiger to achieve the esteemed honor.  Walter Payton, Lem Barney, and Jackie Slater all preceded Brazile as Hall of Fame selections. He was the sixth overall pick in the 1975 NFL draft, being selected by the Houston Oilers. He finished his career with 48 sacks and 1,281 tackles. Sacks weren’t counted as an official statistic in the NFL until 1982.

Brazile is scheduled to speak first in the enshrinement speech order when the ceremony kicks off at 7 p.m. The event will be broadcast live via NFL Network and ESPN.