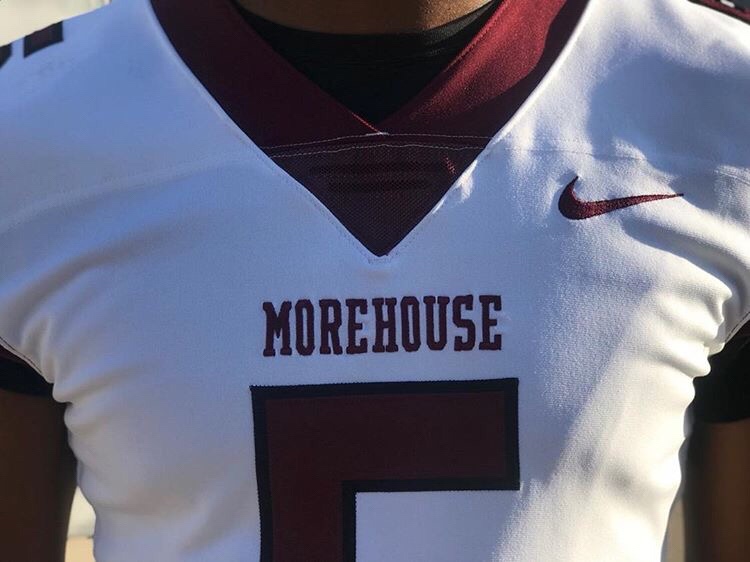 Morehouse gives us a look at its first collaboration with Nike on its football unis.

It’s been nearly a year since Russell Athletics got out of the jersey game and more than six months since the SIAC announced it would be wearing Nike.

We got our first look at the SIAC/Nike hookup on Thursday when Albany State showed up at a local school to greet children in their new fits. Friday evening Morehouse revealed its new Swoosh unis via Instagram.

A post shared by Morehouse College Athletics (@morehouseathletics) on Aug 3, 2018 at 4:29pm PDT

The Maroon Tigers will be rocking a pretty tame, but clean v-neck jersey that with a little kick just above the biceps. The pants showcase a little more personality.

It’s a solid, no-nonsense number fitting for a college known for academic rigor and conservatism.

Much as we have seen with the MEAC’s Nike partnerships, these unis aren’t groundbreaking in terms of design, but they do have a much sleeker fit and that counts for a lot.