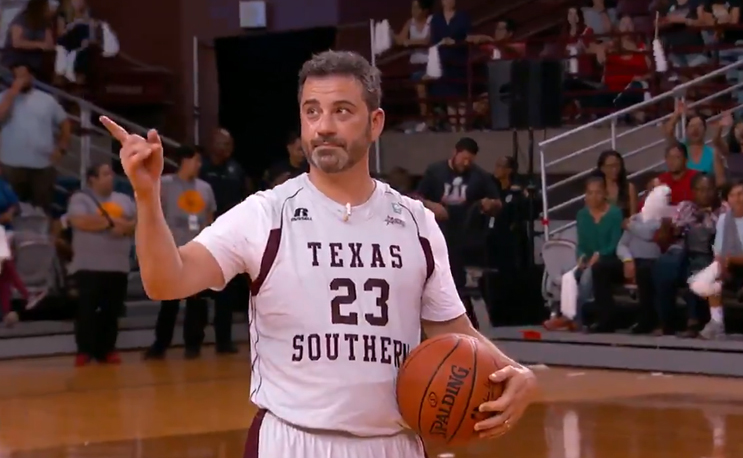 Texas Southern basketball has been in the headlines recently for losing its basketball coach, but that reality was muted for a little while on Saturday.

Late-night host/comedian Jimmy Kimmel and Texas senator Ted Cruz hooked up at Texas Southern University’s Health and Physical Education Arena for a basketball game dubbed “The Blobfish Basketball Classic.” The game was played for charity after the two men got into a Twitter back-and-forth during the Western Conference Finals.

Cruz, a former Republican Presidential nominee, won the game 11-9. But Kimmel won the hearts of TxSU and HBCU fans by rocking the SWAC team’s jersey. Kimmel wore no. 23, last worn by former Tigers star Derrick Griffin. The game lasted nearly two hours before it ended after the game’s rules were changed to prevent it from going even longer.

The real winners were the two charities, the non-profit Generation One and Texas Children’s Hospital.

A portion of the game will be televised on The Jimmy Kimmel Show on Monday night.