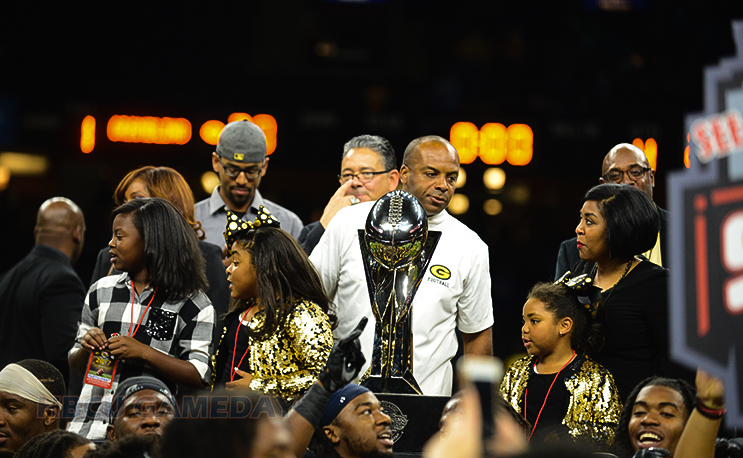 Grambling is opening the check-book to keep its football coach in Northern Louisiana.

Arguably the top coach in HBCU football and one of the best in FCS football has a new deal.

According to an email circulating by Trey Hayes, a Grambling superfan, Grambling State has approved a new contract for football coach Broderick Fobbs that would keep him there through 2022 at a salary of $198,000. The new deal also includes an additional $121,000 from the Grambling University Foundation and up to $87,000 in incentives. The deal will be effective July 1.

“Grambling State is not just my alma mater, it is home for my family,” Fobbs said. “It’s a blessing to live and work at a school you truly love.”

Fobbs just completed his fourth season at GSU in 2017 and its been a very successful tenure so far. Grambling has compiled a 39-11 record under Fobbs, including back-to-back SWAC titles, two Celebration Bowl appearances, and the 2016 HBCU national title.

“Coach Fobbs and his team have done a phenomenal job building the Grambling State program and investing in our student-athletes both on and off the field,” said Athletics Director, Paul Bryant. “We look forward to continuing the legacy of success.”