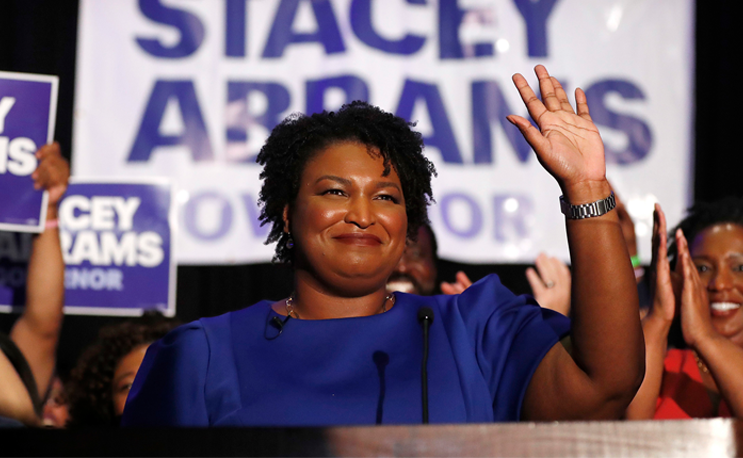 Stacey Abrams will run for Governor of Georgia this fall.

Virginia was the first

Abrams is following in the footsteps of Douglas Wilder. He was the first black governor in America when he was elected to lead Virginia in 1989. Wilder is a graduate of both Howard and Virginia Union University.

Abrams will face a still to be determined Republican candidate in this fall’s general election.  Atlanta has a long history of electing black mayors but African Americans haven’t had nearly the success in state politics.  Georgia has never had a black, or female for that matter, governor in history.  The Deep South as a region hasn’t had a black governor since Reconstruction.

"Hard work is in my bones!" – @staceyabrams addresses supporters after winning Democratic primary.

At just 44 years old Abrams is quite an interesting person. She previously served as the House Minority Leader for the Georgia General Assembly. Abrams was a State Representative for the 89th House District. Abrams was the first African American to lead in the House of Representatives in Georgia’s history. She has also run several small businesses and has written a series of romance novels.

Only two African-Americans have been elected governor by voters: Wilder in 1989 and Deval Patrick in Massachusetts in 2006 and again in 2010.