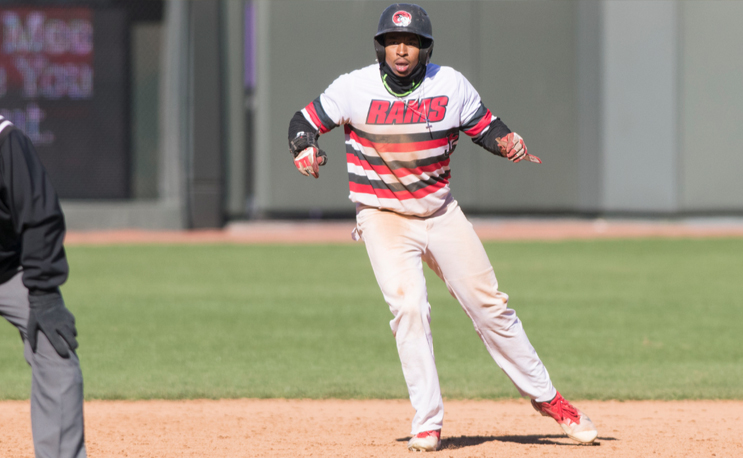 Winston-Salem State junior centerfielder Randy Norris is getting a lot of accolades, as well as attention from the pros.

Norris was rewarded for a fantastic season when he was named the Independent Collegiate Athletic Association (ICAA) Player of the Year.

He was one of three WSSU players named to the All-ICAA team after another successful season. WSSU went 30-20 as an independent team as the CIAA dropped baseball last summer.

Norris took the honor after finishing the season with a .437 batting average, the sixth best in the nation. He also had five doubles, five triples, and four home runs with 53 runs, 28 RBI, and 34 stolen bases.

The ICAA is comprised of NCAA Division II teams that are not in a conference. Also considered for the ICAA awards were players from Bluefield State, Chowan, Lincoln (Pa.), Oakland City, Saint Augustine’s, Salem (W.Va.), and Virginia State.

Joining Norris on the All-ICAA team are senior third base Emilio Abreu and sophomore catcher Cole Parks. Abreu finished the season with a .402 batting average and 41 RBI. He also tied for the team lead with 10 home runs with 10 doubles and a triple. He recorded 33 runs on 47 hits. Parks finished the season with a .325 batting average along with five home runs and 32 RBI. He also added 23 runs scored.

Norris ready for next level

His spectacular season hasn’t just resulted in collegiate offers, it has also brought him attention from major league scouts. The 6 foot, 190 pound High Point native announced his intention to pursue a pro career in April via Twitter.

Today was the official Last day of class and I do wanna take the time to say Thank you WSSU. I can say my 3 years here are definitely 3 years I’m going to remember. I want to thank all the people that helped me along the way to get me where I am today. Class of 2019 it was a

“If I get drafted I still plan on coming back to get that degree so I’ll still take some classes here and there,” Norris told the Winston-Salem Journal. “I want to be around the game for a long time so that’s why I’m a mass communications major because I want to be a broadcaster. And I know nothing’s guaranteed so I need to have a Plan B.”

If drafted, Norris would be the first WSSU player drafted by the MLB since the program was reinstated in 2010. WSSU’s last MLB draftee was picked in 1985. His coach, Kevin Ritsche, expects Norris to go and pretty high.

“A couple scouts say that Randy could go as high as the fourth round,” Ritsche said. “So that’s another positive for us if Randy gets drafted because that would obviously help him and bring a spotlight to our program.”