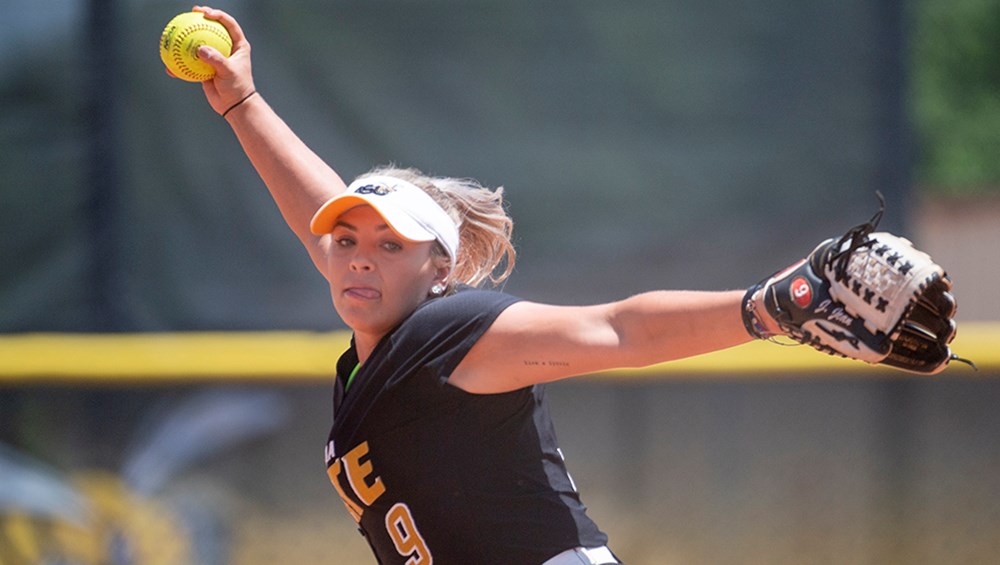 MONTGOMERY, Ala. – Crystal Castillo dealt a five-hit shutout, striking out seven as Prairie View A&M advanced in the 2018 SWAC Softball Tournament with a 4-0 win over Arkansas-Pine Bluff.

The Lady Panthers (17-21) will face Texas Southern for the final spot in the tournament title game versus Alabama State. The loss ends the Lady Lions’ (18-28) season.

Alabama State (23-29) took advantage of shaky pitching by Texas Southern’s Felicia Garza, as Kristin Gunter led off the second inning with a single and moved to second via a wild pitch. The Lady Hornets fired the first shot as Makayla Burt singled to right and scored Gunter. After an Aimee Felicies single — where Burt moved to second via an error on the play — Jordan Amerson picked up an RBI base knock to make it 2-0.

A walk and fielder’s choice juiced the bases, and Garza issued back-to-back bases-loaded walks to Casey Durham and Charlene Castro for another pair of Lady Hornet runs. Jasmin Fulmore came on in relief and quickly retired Gunter to end the inning.

Texas Southern (24-17-1) threatened in the bottom of the third when Zariah Robins singled and Ebony Wiltz drew a free pass. Following a single from Tevanae Tate that loaded the bags, Sierra Valdez brought Texas Southern back into the mix with a two-run single to cut the deficit in half. However, Dominique Tello grounded into a double-play to end the inning and halt the potential rally.
[postBannerAd]