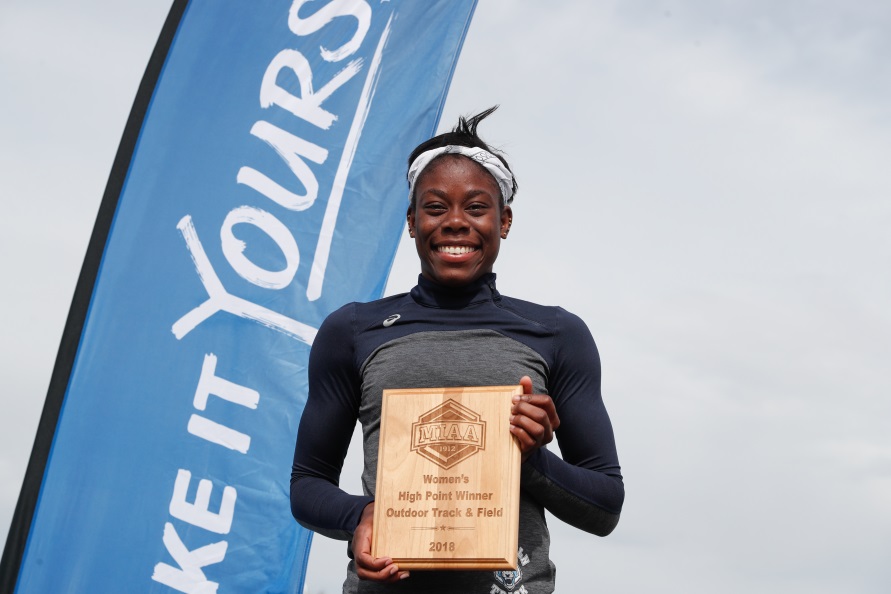 The Missouri HBCU has both of its track and field teams in the top 10 in D2.

JEFFERSON CITY, Mo. – After a pair of outstanding performances at the MIAA Championships, Lincoln’s women’s outdoor track & field team is now ranked No. 1 in the country while the Blue Tiger men are ranked No. 8 nationally. The United States Track & Field and Cross Country Coaches Association released its latest Division II rankings following LU’s performance at the MIAA Championship meet (May 5-6), where the Blue Tiger women took second and the LU men finished in third.

The Lincoln women’s track & field team jumped up five spots to lead the national rankings with 180.51 points. The Blue Tigers have a healthy advantage over fellow MIAAmember Pittsburg State, which is No. 2 nationally with 159.47 points. West Texas A&M (145.40 points), Angelo State (113.96) and Adams State (113.09) round out the top-five.

Three other MIAA programs are mentioned in this week’s top-25, giving the conference five ranked programs, the most of any Division II league. Missouri Southern is currently No. 11 in the nation after garnering 76.10 points, while Fort Hays State (73.96) is No. 13 and Southwest Baptist (44.67) is No. 25.

In the men’s rankings, the Blue Tigers climbed up 55 spots to check in at No. 8 with 97.83 points. Lincoln is one of six MIAAprograms mentioned in the men’s top-25, again giving the conference the most ranked programs of any Division II league. Central Missouri is ranked two spots behind the Blue Tigers at No. 10 after collecting 91.61 points, and Fort Hays State is ranked No. 15 with 75.86 points. No. 22 Missouri Southern (48.00) and No. 25 Emporia State (41.61) are also ranked this week.

According to the USTFCCCA website, the organization compiles its national rankings by “mathematical formulae based on national descending order lists and data taken from previous seasons. For the preseason ranking and early-season rankings, data will be taken from previous seasons as well as the current season. The purpose and methodology of the rankings is to create an index that showcases the teams that have the best potential of achieving the top spots in the national-team race.”