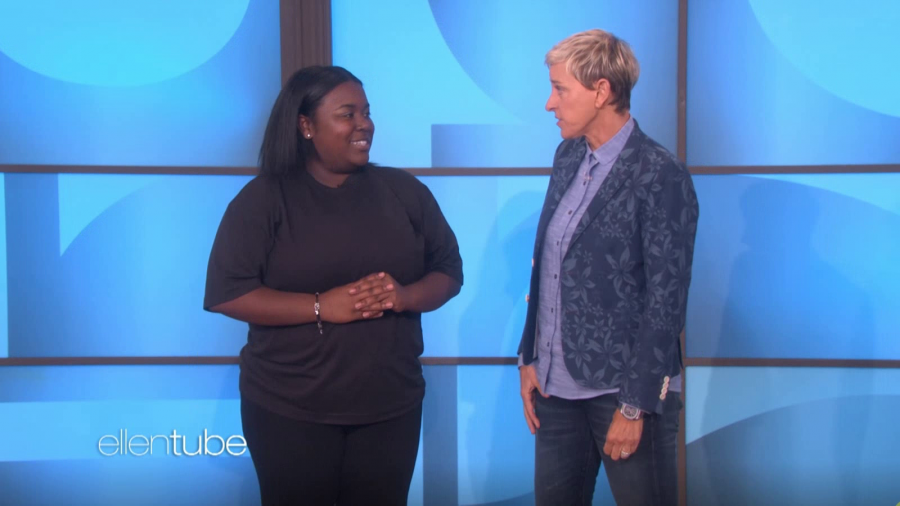 Briyonce strikes again, this time appearing on the Ellen show.

Virginia State freshman Brianna Bundick-Kelly will hopefully live a long and prosperous life. If so she’ll have a hard time topping the past seven days as her best week ever. The viral sensation expanded her key demographic on Tuesday with an appearance on The Ellen DeGeneres Show.

ICYMI: @VSUTrojans freshman @imbriyonce put it down on the #Ellen show today and got some sweeetttt parting gifts. Check out her backstory https://t.co/7PalOE32ig Video courtesy: ellentube pic.twitter.com/ZziYgOwThE

In case you missed it Brianna aka “Briyonce” posted a video of her executing a spot on performance of Beyonce’s Coachella performance. The viral gods smiled on her and within days she had millions of views.  The video appeared on multiple mainstream media outlets but Brianna was sitting on campus watching like everyone else. Some people began tweeting to shows like Ellen and Steve Harvey requesting for her to make a live appearance.  Ellen listened.

@TheEllenShow @IAmSteveHarvey this young lady is phenomenal and I am proud of her. Get her on your shows. See her videos.

On the Tuesday episode, Ellen introduced Brianna who immediately came out and performed her Beyonce routine for the crowd. Afterward, she joined Ellen for a quick interview.  The VSU freshman matched wits with Ellen during the banter but DeGeneres found a way to make her speechless.

Before wrapping up the interview the host gifted Brianna with an official Beyonce letterman jacket.  As if that wasn’t enough she also sprung for two tickets to an upcoming Beyonce concert. The requests for the “plus one” have probably already flooded Brianna’s inbox.

The video has over 5.25 million views on Twitter with over 95,000 retweets. Those notifications have to be unnerving.

The difference a week makes

The first comment posted on the video was from Brianna herself just six days ago.

“I was having a terrible week and y’all are really making my heart so happy with all the love! It’s overwhelming. Thank you, thank you, thank you,” she posted. Before the next Wednesday rolled around she had her first national television appearance in the bag. Way to turn that frown upside down.

I was having a terrible week and y'all are really making my heart so happy with all the love! It's overwhelming. Thank you, thank you, thank you💘 & (shameless plug) FOLLOW MY IG, I'm highkey a comedian over there lol @imbriyonce

Best week ever? So far I would think that’s the case.