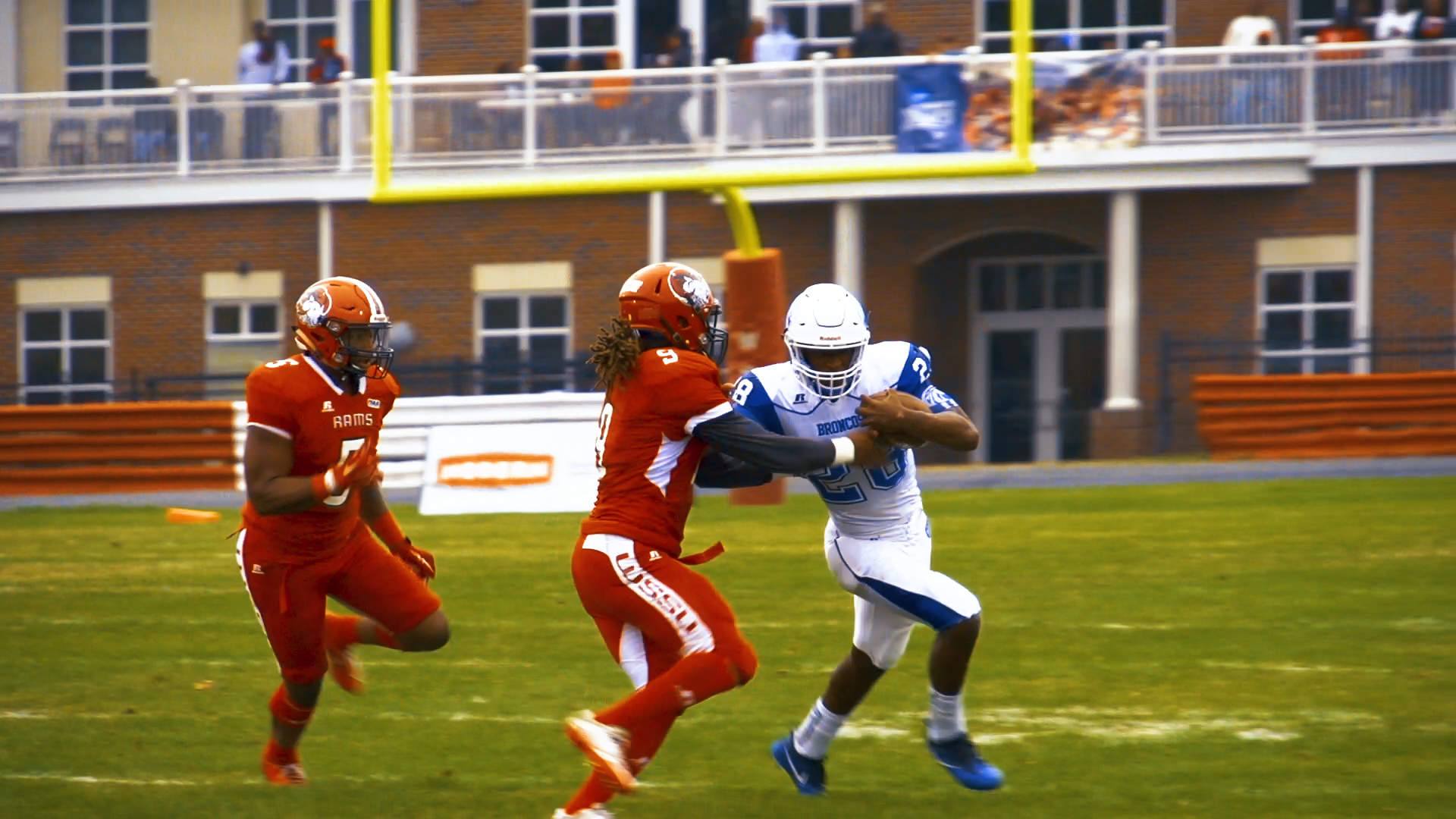 Fayetteville State has brought in a new offensive coordinator as well as some Division I transfers.

What do you do when you are coming off your best season in over a decade? If you are Fayetteville State, you go out and get some new toys.

The defending CIAA Southern Division champs have had a busy offseason as they prepare for their third season under Richard Hayes. On Saturday they got a chance to show off what they could do for fans and alumni in the annual spring game.

The offense was missing Stevie Green, FSU’s all-CIAA running back and top offensive threat, as well as a few other pieces.

“Overall I thought the offense was a little bit ahead of the defense today,” Hayes said after the scrimmage.

One of Hayes’ new toys is quarterback Colynn Anderson, a transfer from Bethune-Cookman. The former FCS quarterback hails from Durham and stands 6’5. Of course, he’ll have to beat out Richard Latimore, the quarterback who helped lead FSU to the CIAA title game as a freshman last season.

Right now, it sounds like its Latimer’s job to lose, but its only April and anything can happen between now and the start of the season.

“You know, he took us to the conference championship game last year,” Hayes said. “So we’re not throwing him away, just making it a friendly competition and may the best man win,” Hayes said.

Both Lattimer and Anderson will have to learn a new offense as offensive coordinator Reilly Murphy brings his system to Fayetteville. The former Indiana State quarterback previously served in that position with Dixie State where he helped his team put up some impressive numbers, producing north of 5,000 total yards of offense more than once.

“We posted our job, we had about 350 applications or resumes come in, and his was the one that caught my eye,” Hayes said. “If we can get a few 5,000 yard season here, I think we’ll be sitting real pretty at the end of the year.”

The defense picked up additional talent as well, including former Maryland defensive back Alex Woods. Woods, who played his high school ball at Durham Hillside, is a 6’2 corner that FSU is counting on to make an impact on his younger teammate.

“We played a lotta young guys last year and we didn’t have that old alpha male to be able to teach them what we were trying to do and the nuance of the coverages, so we think Alex can come in and teach those guys some things,” Hayes said. “We think he can be a great asset to us.”