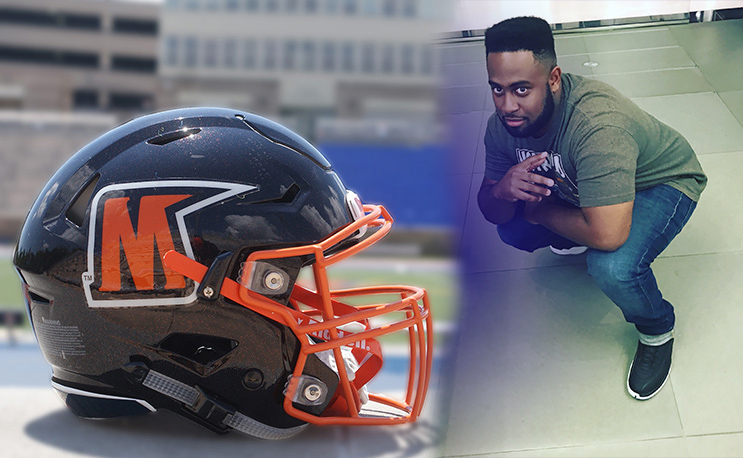 The Morgan State football family is mourning the loss of one of its own after a car crash ended his life.

Saif Bryant, a 21-year-old from Columbia, MD died on Sunday after the car he was driving struck a tree and caught fire in Ellicott City, MD at 3:24 A.M. Bryant was pronounced dead on the scene, according to Howard County Police.

We’ve had so many special kids come through, really dedicated kids, but I can honestly say I don’t think anyone loved Howard football more than him,” Strunk said via the Baltimore Sun. “Even after he graduated [in 2015], he was up there at the school and around the team every chance he got. Practices, games, in the weight room … you name it, he loved it all.”

The #howardfamily lost a brother this morning. Saif Bryant and his brothers were the young men that really propelled our program and community to the magnitude it is today. “Moose” well always be remembered and never forgotten. Rest In Peace. pic.twitter.com/yF8JC2X6M8

Bryant was an all-county player and helped his team win the county title during his time at Howard County High. He eventually walked on to the football team at MSU, where he impressed interim coach Ernest T. Jones as he was a competitive player despite being undersized. He was also a member of the national honor society.

@SaifBryant was also a member of the the National Honor Society! #RIP pic.twitter.com/OHhz7Ugs93

“That smile and that grin, that’s something I’ve seen in my head a lot these last two days since I got the bad news. That’s something that I think will stick with me,” Strunk said. “He loved being a part of this program and the program loved him.”