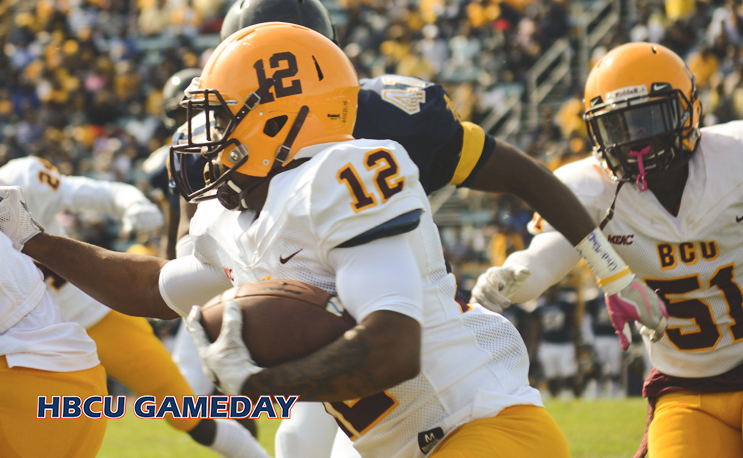 “In conjunction with Head Coach Terry Sims, we wanted to put together a challenging and exciting schedule for our student-athletes, coaches and fans,” said Thompson. “We know the schedule is being released a little later than usual, but we wanted to make sure everything was in place with dates and locations before we announced anything.”

A familiar foe returns to the 2018 schedule as Bethune-Cookman opens the slate Labor Day weekend at Tennessee State for the Tigers’ annual John Merritt Classic taking place inside Nissan Stadium. The two teams last met in the John Merritt Classic back in 2013, when the visitors from Daytona Beach were victorious, 12-9.

BCU opens its home schedule taking on Lynchburg (Va.) College on September 8 at Municipal Stadium. The game will also serve as Hall of Fame weekend, as BCU will be set to induct a new class into its Athletics Hall of Fame.

“It’s always special to honor an Athletics Hall of Fame Class and enjoy good, quality football with a packed stadium,” said Sims. “It was special a few years ago when we had so many wonderful former coaches and student-athletes join the BCU Athletics Hall of Fame family not just as an alum, but as a name that will forever be enshrined in the BCU Department of Athletics history books. We look forward to doing the same thing this year.”

BCU returns to Boca Raton, Florida for a game against Florida Atlantic (Sept. 15) in the second of a two-year agreement between the two schools, before traveling to take on Howard (Sept. 22) in the Circle City Classic housed at Lucas Oil Stadium – home of the Indianapolis Colts.

The month of September ends with a trip to Savannah, Georgia in what will be the final meeting between BCU and Savannah State as Mid-Eastern Athletic Conference (MEAC) opponents on September 29.
{inArticle]