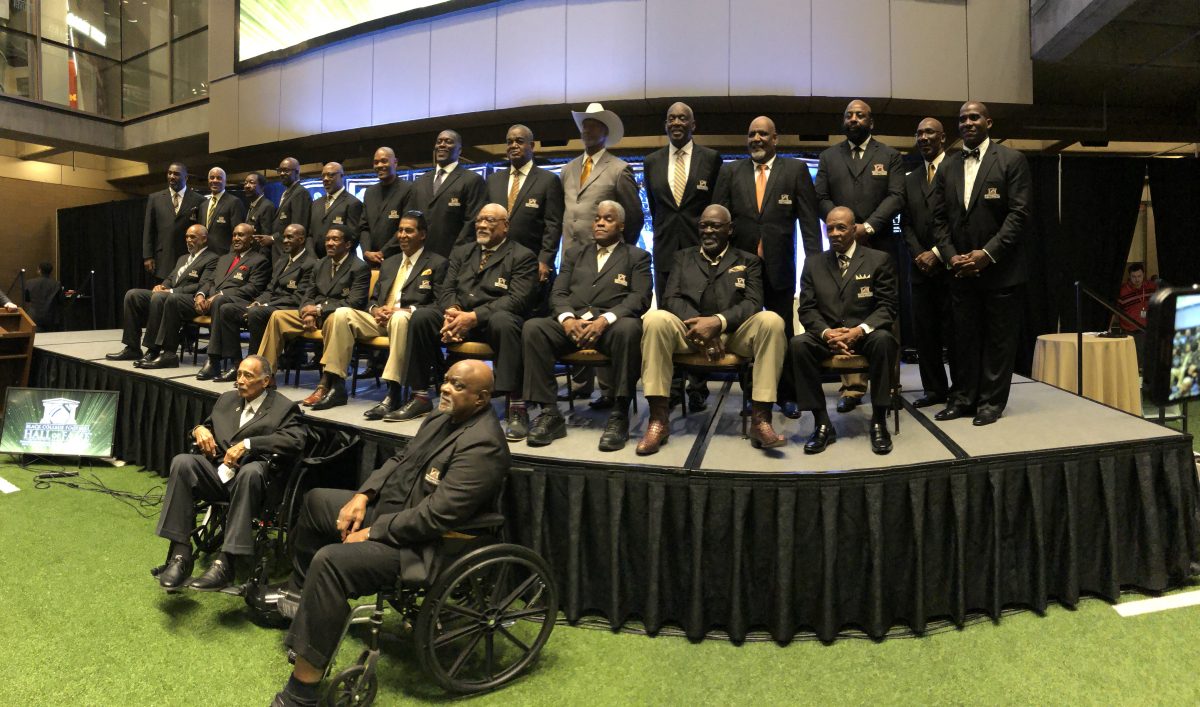 Former stars in the NFL remembered for their HBCU heritage.

ATLANTA–It was a star-studded Saturday night in Atlanta that saw six players and one coach inducted into the Black College Football Hall of Fame. Players who solidified their fame through stellar careers in the NFL paid homage to their HBCU roots.

“It’s the highest honor of my life, I didn’t play long enough to be in the NFL Hall of Fame. But I played good enough at a Historically Black College and University to be put on a team with some real legends of football. We are moving to Canton so we’re going to be in the same building and parking lot, so Hollywood Henderson is going to make it to Canton. It may not be the conventional way but I’m going to Canton,” said Langston alumn Thomas “Hollywood” Henderson.

Going into the Hall meant putting on the famed “Black Jackets” and joining some pretty elite company.  Doug Williams is a 2011 inductee and one of the co-founders of the Hall of Fame.

“That’s what this Black College Football Hall of Fame is all about, giving guys their flowers that are due their flowers,” Williams said.

It’s official, Amir Hall @_Goodfor6 from @BowieStFootball is the @BCFHOF National Player of the Year. Our @TollyCarr spoke to him exclusively minutes before he received the award. pic.twitter.com/JZ1rVZ5Tjz

Howard alum Antoine Bethea, and current Arizona Cardinal, was the winner of the inaugural Pro Player of the Year Award.

Saturday’s event was held in downtown Atlanta at the College Football Hall of Fame in front of a packed house.  The festivities will soon be heading north, however. The new Hall of Fame facility is set to be completed in 2019 in Canton, Ohio.