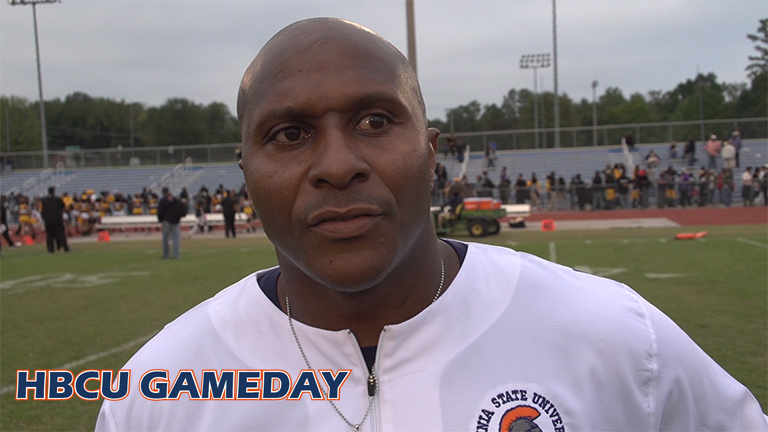 Reggie Barlow will be at Virginia State for years to come after signing extension.

It turns out Reggie Barlow has a new deal after all, but it means he’ll be staying put.

Virginia State has signed Barlow to an extension through the 2021 season, the school announced on Thursday afternoon.

“What a great day!” Barlow said in a statement. “Thanks to Dr. Abdullah, Mr. Harris and our Director of Athletics Mrs. Peggy Davis! This new contract is a product of hard work and hard work by our assistant coaches. I’m so honored to have a great staff.

The former NFL receiver was thought to be in the running for a job with the Oakland Raiders last month, but that never happened and so he’s staying put in Ettrick, Va.

Barlow led VSU to a perfect 9-0 regular season before winning the CIAA title game in 2017 and leading his team to its second-ever NCAA playoff appearance. Barlow has compiled a 19-3 record during his two seasons at VSU after starting his coaching career at his alma mater back in 2007.

“This is a product of a great group of young men who brought into our Discipline, Attitude, Sacrifice, Habits, and Heart (DASHH) philosophy. I’m excited to be the head football coach at Virginia State University, and I look forward to being here a long time! Go Trojans!”