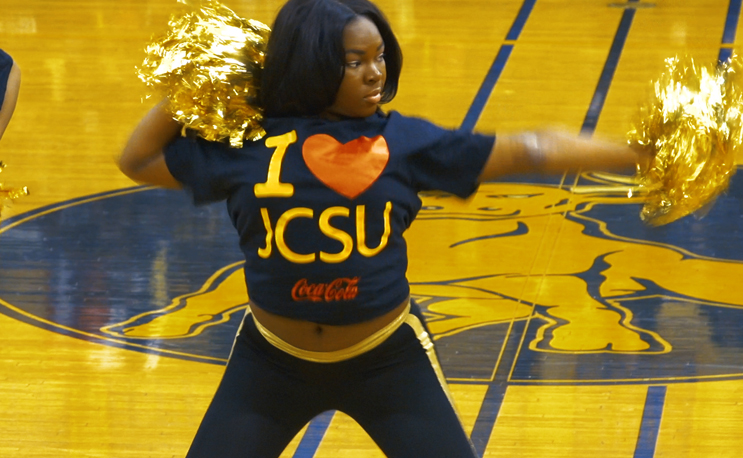 Charlotte, NC—Johnson C. Smith (13-7, 6-2 CIAA) was up by nine points at halftime over Virginia Union (11-11, 6-4 CIAA), but it was anyone’s game with five seconds remaining.  With the score tied at 63, Robert Davis was fouled while driving to the basket and hit two free throws for a two-point lead. The Panthers had one more chance for the tie or a win but Jordan Peebles had an alley-oop attempt knocked away as the crowd at Brayboy gymnasium breathed a huge sigh of relief.

Christian Kirchman and Robert Davis chipped in 18 and 17 points respectively to lead the Golden Bulls.  Kirchman also had 10 assists and maybe the shot of the night.  He drilled a prayer from just over the half court line as the first half ended.

Davis, who continues to play with an undisclosed but visibly noticeable left-hand injury, struggled from the field but not the line.  He was 5-14 from the field and 3-10 from the three-point line.  He made all four free throws, however, and none bigger than the last two.

Kory Cooley led Virginia Union and all scorers with 19 points on Wednesday night.  The loss drops Virginia Union to 500 on the season.  Johnson C. Smith is now riding a five-game winning streak after snapping a four-game losing streak earlier in January.

The Golden Bulls travel to Shaw this Saturday for a Southern Division showdown.  Virginia Union makes the trip to Chowan this weekend.