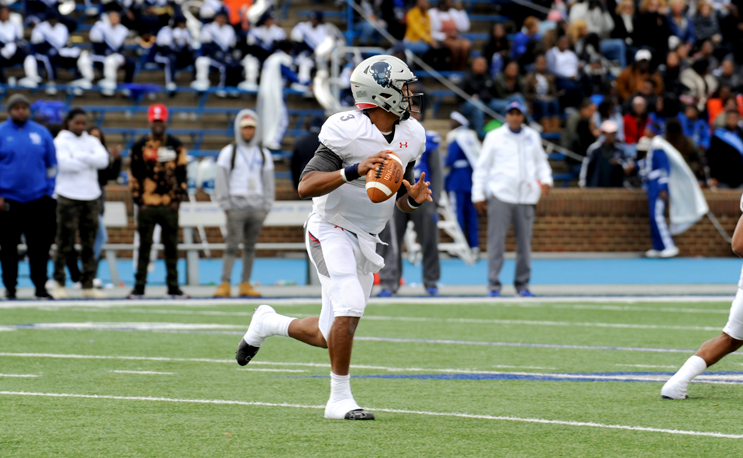 NCAA transfer rule change discussion has turned into a proposal that could change the game.

As previously reported by HBCU Gameday, discussion and several publications regarding a forthcoming change in the transfer policy for NCAA student-athletes has been lingering. Under the current rules, Division I athletes attempting to transfer from their program had limitations on where they could transfer to and would also have to sit out for a season, unless transferring to Division II or III (or the FCS for football).

According to CBS Sports, a new proposal originating from the Big 12 is attempting to give student-athletes more power over their future.

The proposal would mandate several changes in Division I athletics. If a coach were fired or to leave a program, student-athletes would have the authority to transfer without program restriction. The only limitation for the athlete would be not following said former coach to their next destination. The proposal also allows athletes to transfer programs without having to sit out a season if their current program is handed a postseason ban as disciplinary action from the NCAA. The proposal also would require athletes in all NCAA sports to sit-out in traditional transfer situations instead of just hockey, football, baseball and men’s and women’s basketball athletes. The Big 12 is currently discussing the proposal with other conferences.

The NCAA has called for Division I to change its transfer rules within the next year; a Division I Transfer Working Group is expected to push a proposal or two into legislation by June 2018. Whether the policy would be in place by the 2018-2019 season is up in the air.

So how does this relate to HBCUs?

Say Howard decides that Kevin Nickelberry isn’t coming back next year. That means his two young guards R.J. Cole and C.J. Williams (the top two scorers in the MEAC) could leave for another school without having to sit out a year. Or say Mike London turns Howard into a Celebration Bowl winner and gets an FBS offer before Caylin Newton’s senior season. If Newton has an offer from an FBS school that didn’t show him love before he took his talents to D.C., he would be free to do so then.

For now, the transfer policy proposal from the Big 12 is still just that, a proposal. However, along with early attention and support, it has game-changing power and potential. The current transfer policy of the NCAA somewhat ties down students to programs and does not give student-athletes much leverage over their next steps; there are hands on where you can play, and when you can start playing. With this proposal, athletes would be granted more freedom in decision-making. Students-athletes would have the power over their future for the first time, which is a big deal.