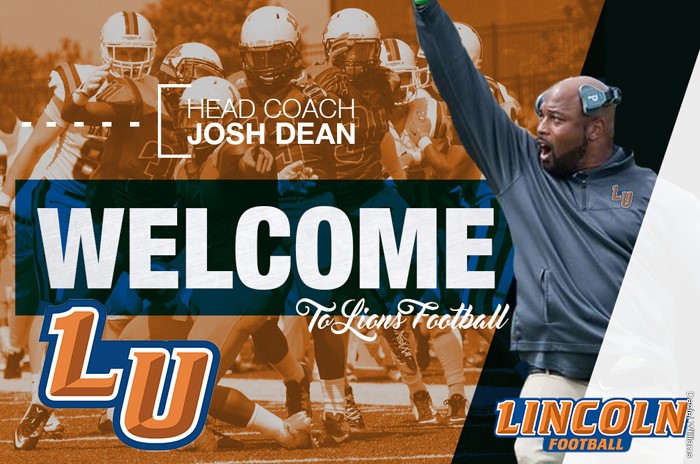 Josh Dean has been announced as the new head football coach of The Lincoln University, the school announced on Wednesday. Dean is the fifth head coach since the revival of the football program in 2008. Lincoln went 0-10 in 2017, their worst record in the past four years.

This isn’t his first head coaching, however, as he was the head football coach at Kentucky State University. KSU ranked #5 in D2 in total defense. KSU also won the Circle City classic two out of the three years of Dean’s head coaching stint.

“We are excited to welcome Josh Dean to the Lincoln Lion family,” said Lincoln Athletic Director, Harry Stinson III. “He is a proven winner who shares our core values and vision and will help direct us to where we would like our football program to be.  His commitment to academic and athletic excellence, his defensive background, ability to lead and recruiting approach will have an immediate impact on our football program and I’m excited to see where he will lead our athletic teams.”

Dean was most-recently the defensive line coach at Campbellsville University in Kentucky, where they only allowed 96 rushing yards per game. In addition, they also won the Victory Bowl in 2017.

Dean played college football at San Diego State University as a defensive back. He went on to play for the Chicago Bears in 2005 and then went on to the  CFL in 2006. He was also the safeties coach at Fort Valley State University, where he helped coached former Seahawks wide receiver, Ricardo Lockette, and current Raiders punter, Marquette King.