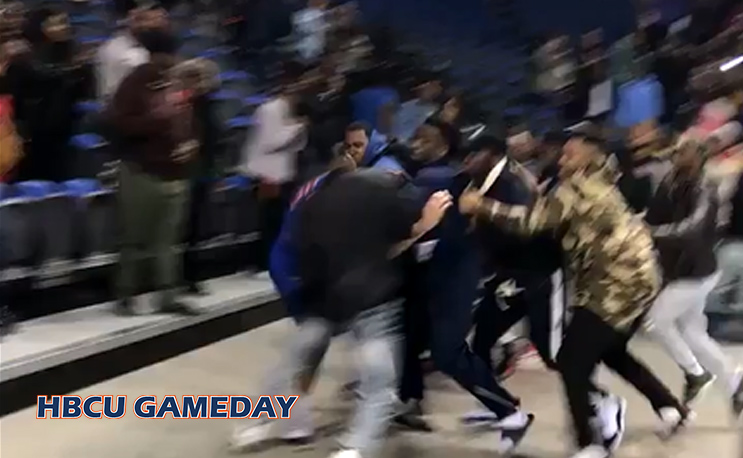 Virginia State is taking responsibility for its role in a basketball brawl after its game against Elizabeth City.

A brawl following a basketball game at Virginia State against Elizabeth City may end up in charges being brought on one or more parties.

VSU released the following statement on Thursday afternoon following a brawl the previous night after its 67-64 win over CIAA rival Elizabeth City State.

We are deeply distraught, appalled and disturbed that a great game of basketball and sportsmanship ended with such absurdity.

In moving forward, the Athletics Department and the VSU Multipurpose Center will work even more closely with the Virginia State University Police Department to increase the security at every athletic game.

We are and will always be deeply committed to the safety of our students, employees, and visitors. To the Elizabeth City State University family, we sincerely want to apologize for our display of unsportsmanlike conduct.”

We have heard from the VSU leadership and they have apologized for the unsportsman-like conduct of their fans.

The matter is currently under investigation by VSU officials, including their campus police. We have been informed that criminal charges will be filed against the individuals who assaulted our players.

The safety and well-being of our students and staff is our primary concern. We will be monitoring the situation until resolution.