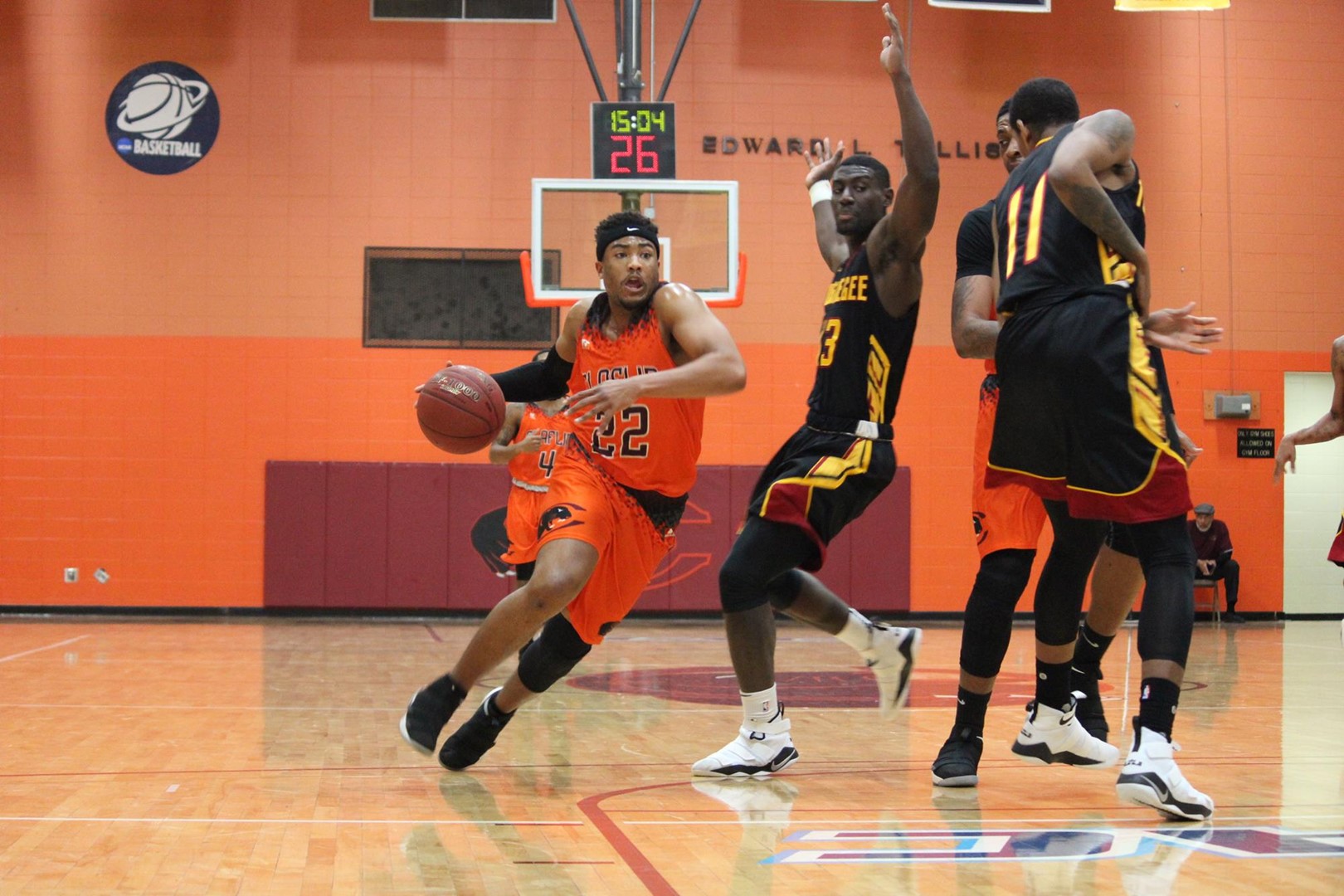 Clark Atlanta awaits for an all Panther affair on Monday.

The Claflin University men’s basketball team will face perhaps its most difficult road trip of the season when they invade Atlanta, Ga. for two Southern Intercollegiate Athletic Conference (SIAC) East Division games. Both contests will have a significant impact on first place in the division.

The journey begins Saturday (Jan. 20) on the campus of Morehouse College when Claflin, 17-1 on the season, take on an undefeated Maroon Tigers team, 15-0, at Forbes Arena. The clash features two teams ranked in this week’s National Association of Basketball Coaches (NABC) NCAA Division II Top 25. Morehouse moved up to the No. 14 spot while Claflin debuted at No. 20 in the poll.

The trip concludes on Monday (Jan. 22) for the Panthers at nearby Clark Atlanta University inside the L.S. Epps Gymnasium at 8 p.m. Clark Atlanta will enter this weekend’s SIAC lineup at 16-1.

Claflin, Morehouse and Clark Atlanta are deadlocked in a three-way tie for first place in the division with 10-0 records. The three combine overall win-loss record is 48-2 as compared to 21-46 for the entire West Division teams.

The Panthers currently owns the SIAC longest win streak this season of 16 games followed by Morehouse with 15 and Clark Atlanta at 11.

“These two games are very important for us to maintain first place in the division,” Claflin Coach Ricky Jackson said. “Anytime you play a divisional opponent, you want to win. Both teams are talented, very good and well-coached.”

In the matchup between Morehouse and Claflin, it will be the top SIAC offensive team against the No. 1 defense.

Morehouse leads the league in scoring at 84.7 points a game and hit the century mark twice this season, Paine College (100-57) and Kentucky State University (103-88).

Three players are averaging in double-figures for the Maroon Tigers, Tyrius Walker with 22 .1 points followed by Martravious Little and Omar Alston at 12.7 points and 11.6 points, respectively.

Tyrius Walker drives to the basket for Morehouse

On the defense, Claflin tops the league in that department allowing 62.3 points, fourth best on the NCAA Division II level. The Panthers defensive unit has held eight teams under 60 points this season and average 15.1 points per game off turnovers. Claflin forced a season-high 22 turnovers against St. Augustine’s University last month that resulted in 23 points.

“Defense has been our staple all year long,” Jackson said. ‘It will continue to be what defines this team as the season progress.

The defense is spearheaded by the Jaleel Charles and Austin Lawton, along with point guard Triston Thompson.

“Austin Lawton and JJ (Jaleel Charles) in my estimation are the best two big men playing alongside each other in Division II Basketball. They complement each other well because they’re interchangeable on both ends of the floor. They set the tone for us,” Jackson said.

Charles is averaging 8.8 rebounds with 30 blocks, while Lawton’s 33 blocks are second best in the league to go with 5.9 rebounds.

Three is the key

As for the Claflin offense, the Panthers are averaging 74.8 points, fifth best in the league. Charles is the team leader in scoring with 15.7 points followed by Benjamin “Tre” Williams at 13.5 points.

“Tre” Williams is the top three-point shooter for Claflin with 28 three-point field goals, including 11 in the last three games. During that period, he’s averaging 16.1 points.

Tondric Johnson has been equally effective during that span for the Panthers, connecting on 11 three-pointers. “Tre” Williams and Johnson had five three-point baskets each against Miles College earlier in the month.

Jordan Jones is another outstanding long-range shooter for Claflin with 24 three-pointers.

Lawton is the Panthers third-leading scorer at 9.1 points, including a season-high 22 points against Miles.