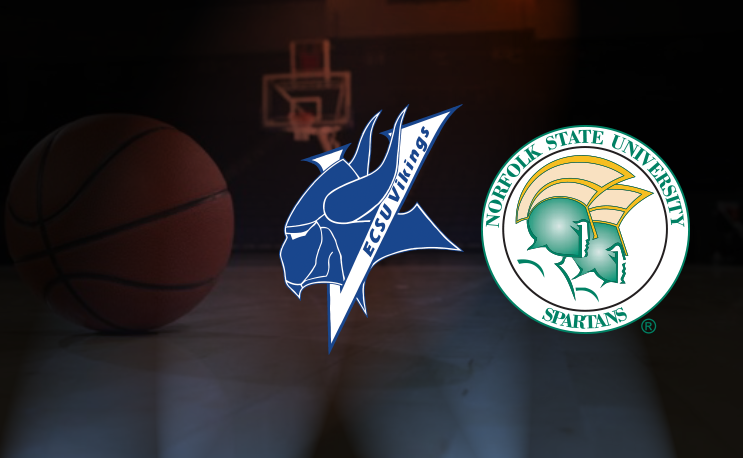 It won’t count in the record books but for the second time this season Norfolk State University has lost a basketball game to a CIAA team. It was just an exhibition, per NCAA rules, but Elizabeth City State (5-6) beat its former CIAA rival 76-67 on Monday night.

Shyheid Petteway led the Viking attack with 23 points, shooting 4-6 on three-pointers.  Norfolk State was leading the game 39-36 two minutes into the second half, but it would be its last lead of the game.  The Vikings’ next four field goals were all three-pointers.  A three by John Maynor had ECSU up 48-41 with 16:10 remaining.  The Spartans would never get any closer than five points the rest of the way.

Derrik Jamerson led the Spartans with 15 points, Alex Long chipped in with 12.

The Spartans played the MEAC leading North Carolina Central Eagles very tough last week, losing by just one point.  So it’s not a reach that the average fan would have thought the Spartans would make light work of their nearby, former CIAA rivals.  But that’s why they play the game.

Recent history has shown that Norfolk State is very capable of losing to a CIAA team, Virginia State did it this November by a nearly identical score of 72-67.

Maybe the Spartans don’t get as excited against D2 competition, or maybe the CIAA Northern division is just really, really good this year. If the last place team in the division can beat a Division I team, then watch out. Either way, it won’t count in the record books but don’t mention the CIAA to Spartan fans anytime soon.

All isn’t lost though, as NSU also lost to ECSU in an exhibition in 2011-12, the same season Kyle O’Quinn and Co. upset Missouri in the NCAA Tournament.