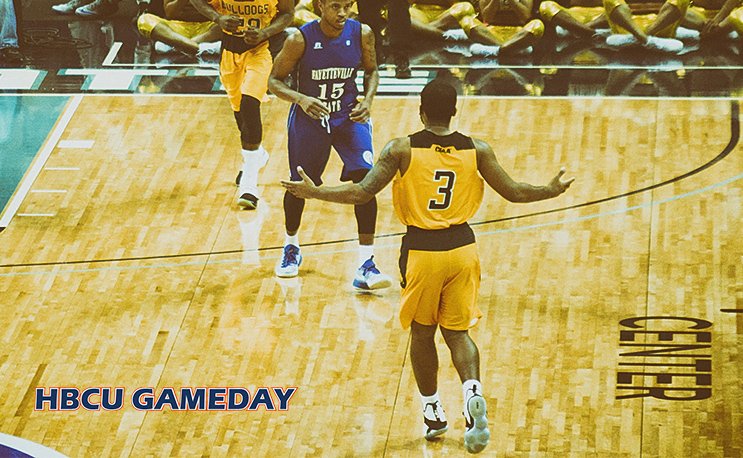 Even a snowstorm on the East Coast couldn’t stop Bowie State and Virginia Union from getting wins at home on Thursday.

Several CIAA programs had to wait to play on Thursday night, but the ones that did got some extra basketball.

Bowie State and Virginia Union came out on top in overtime games against CIAA Southern Division opponents on Thursday night as a winter storm on the East Coast forced several games to be postponed.

Defending CIAA Tournament champ Bowie State defeated St. Aug 87-82 in a game that was back-and-forth pretty much all night.

VUU cools down Shaw in double-OT

Down I-95 in Richmond, Virginia Union cooled off a hot Shaw team with a 98-96 double-overtime win. Jemal Smith’s free throws in the final seconds of the second overtime provided the margin of victory.

James Paige led the way for VUU (8-7) with a career-night, scoring 29 points in the win. Savon Goodman scored 22 points and grabbed 14 rebounds for Shaw, who saw its six-game winning streak come to an end.

Shaw will head north to Bowie to try to rebound from the loss, while Fayetteville State will arrive in Richmond to play VUU.

There will be CIAA basketball on Friday as Virginia State will host Winston-Salem State in a double-header that was supposed to be played on Thursday. The same goes for Fayetteville State’s matchup with Lincoln.

Livingstone’s matchup against Elizabeth City State, also set for Thursday night, will be played on Jan. 29th due to the weather. Johnson C. Smith’s road trip to Chowan was also re-scheduled, as the two teams will meet up in Murfreesboro, NC on Feb. 12.