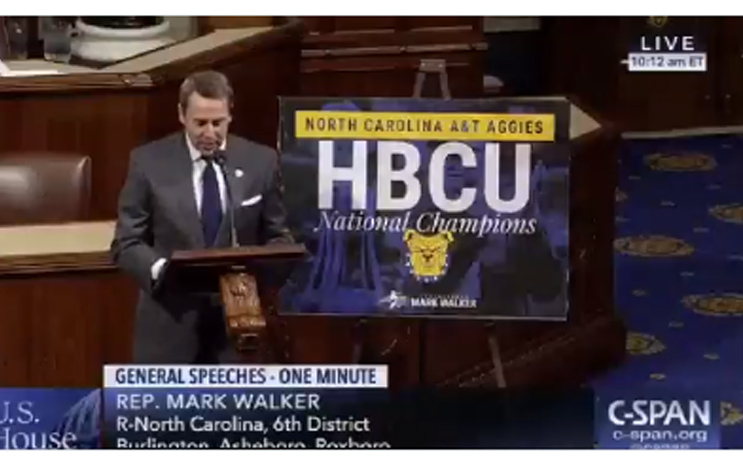 North Carolina A&T’s perfect season has not gone unnoticed by its state representative.

US Representative Mark Walker recognized A&T’s football team for its 12-0 season, which resulted in a win in the Celebration Bowl and helped it bring home the HBCU national title.

“North Carolina A&T is leading the way in showing the great value and the importance of our nation’s HBCUs,” Walker said on the floor. “I am proud to represent this school of academic and athletic excellence. Leaving only one question remaining, Mr. Speaker.

A Conservative Face For HBCU Advocacy?

Walker represents the North Carolina’s sixth district, which includes North Carolina A&T. This isn’t the first time the conservative Republican has made headlines in 2017 for his outreach to HBCUs, specifically A&T. He was one of the key figures behind getting President Donald Trump to meet with HBCU chancellors and presidents last winter.

Walker’s wife, Kelly, is an alumnus of Winston-Salem State University.