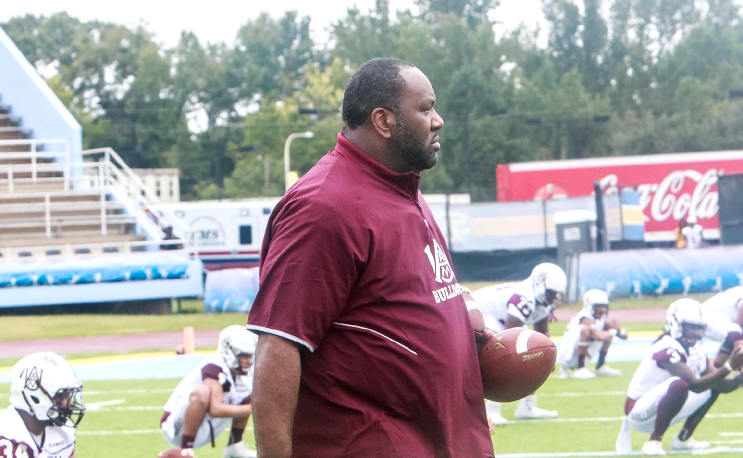 Fuller takes over for the recently fired James Spady.

Fuller served as assistant head coach and head of football operations for AAMU this past season.  He also coached running backs and tight ends this year for the Bulldogs.

Fuller has been at Alabama A&M for the past decade, coming over in 2007.  He previously played seven years of Arena Football with the Tennessee Valley Vipers.

Fuller played football collegiately at Auburn University, where he was a tight end.  Fuller was named All-SEC in 1993, 1994 and 1995 and was a member of the 1993 Auburn team that finished the season 11-0. He also earned Top Tiger academic accolades while in college.