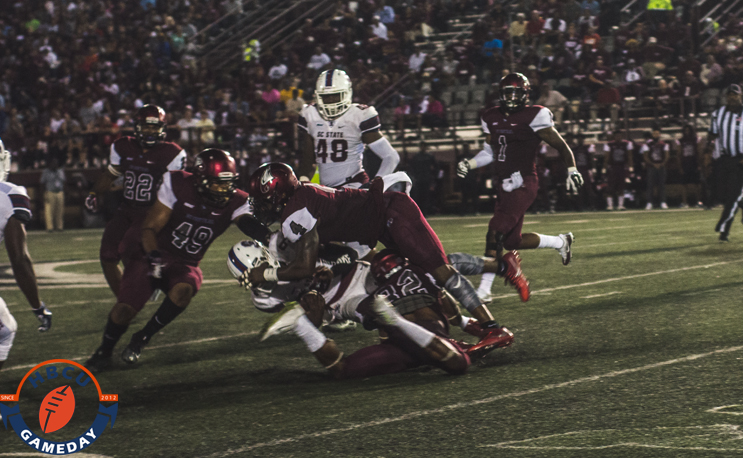 The MEAC gets a second team into the national rankings while two perfect teams are outside the top 10.

The latest college football polls are in and two perfect HBCUs are inching towards the top ten in their respective divisions while another has made its way into the top 25.

North Carolina A&T remains the highest ranked HBCU in the NCAA FCS, coming in at no. 11 in the Coaches Poll released on Monday. A&T improved to 6-0 last Saturday while beating Delaware State 44-3 at its homecoming game. It is also ranked 15th in the STATS FCS Poll.

Bowie State continues its climb up the NCAA Division II mountain as it moves from no. 19 to no. 14 with thanks to its 6-0 record. BSU defeated Chowan 41-10 on Saturday to stay perfect. It should face a tougher challenge when it goes up against undefeated (and somehow, unranked) Virginia State in a Homecoming showdown that could decide the CIAA Northern Division.
[postBannerAd]

Back at the FCS level, Grambling stayed steady at no. 19 in the Coaches Poll despite its 34-21 win over SWAC West rival Prairie View on Saturday. GSU is also ranked 20th in the STATS FCS Poll, but will not see action this weekend as it has a bye before a big matchup with Alcorn State.

North Carolina Central was rewarded for its 13-7 win over Howard with a spot in the STATS FCS poll, coming in at no. 25. NCCU, which has won 18-straight games in the MEAC, is also receiving votes in the Coaches Poll. It is currently 4-1.