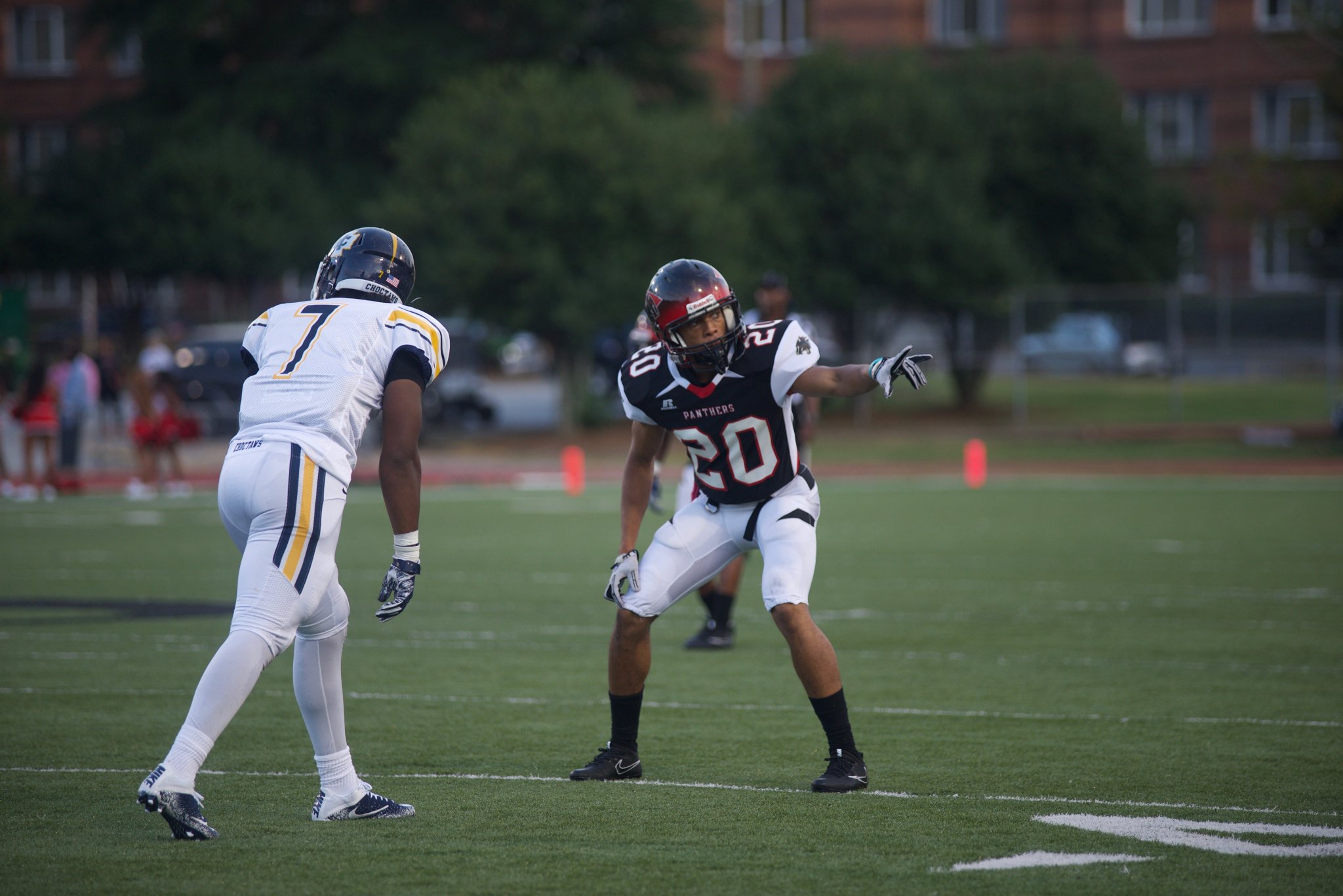 Julian Colvard has to put in work every single week for the Clark Atlanta football team.  In practice, the senior defensive back has to break up a pass at least once a day and every week he has to come up with an interception.  During the games, he must do whatever it takes to help propel his team to a win.  Heading into the Chicago Football Classic against Grambling State the work has borne its fruit.  The Panthers are 3-1 with a puncher’s chance of shaking up the HBCU football world on Saturday.

Off the field moves

Colvard’s moves off the field might be more impressive than his on the field work.  A while back a friend convinced him to take his place at a fundraising function for the Mayor’s scholarship program in Atlanta. He went to the event on a whim and met what he described as an accountant who was in a talkative mood thanks in part to the cash bar.

“My real estate business did 20 million dollars last year, but my girlfriend she wants me to go to bed [at night] but I can’t, the money is calling me. Do you want an internship?” is how Colvard recalls the conversation going.

Colvard followed up with a LinkedIn request and showed up for his newfound internship that Monday.  In the office, there was an accountant, a developer, a trucking company owner, and a house flipper.  He stuck to them as close as he does to a wide receiver in practice.

“I just stayed in there for the whole summer. Just hearing them talk, started picking up on stuff and I wanted to do it. They were like you can do wholesaling,” Colvard said. He looked it up online and all of a sudden this Educational Studies major was on a new track in life.

Make success your priority, your duty. Then, surround yourself with those who are doing the same.#Success #TahjAndJulianInc pic.twitter.com/rMeOBfTakc

What he discovered was that a wholesaler acts as the middleman between a person selling a house to someone who might be looking to buy and flip the home.  Colvard makes his commission and collects payment at the time of closing.

He says he made about $55,000 last year but also admits, “I didn’t know what I was doing.”  Colvard sets quarterly goals and now with a year of experience under his belt, he hopes to clear 100K in his second year.

Making it all work together

Good athletes are great at compartmentalizing and that’s exactly how Colvard handles having a career, being a student and a college football player.

“What I am doing right now I can really stop going to school and hire one of the kids to be my interns.  I do have an intern actually. I hired a girl to train my clients while I’m here. Outsourcing.”

Colvard also leans on a saying he picked up from personal development guru Jim Rohn.

A life under constant revision is the only one worth living.~ Julian Isaiah-Colvard

An unexamined life is not worth living.~ Socrates pic.twitter.com/G6uciwcW8S

Colvard is definitely thinking ahead. He was making plans earlier this fall to also get his real estate license.  That would make it easier for him to just list a property directly if he didn’t have time to fit it into his wholesaling operation.  He says he hopes his business blossoms into a billion-dollar operation like Gary Keller or Sam Walton. Which wouldn’t be bad for a would-be school teacher who made the most of a chance meeting.

197
The Latest in HBCU Sports and Culture