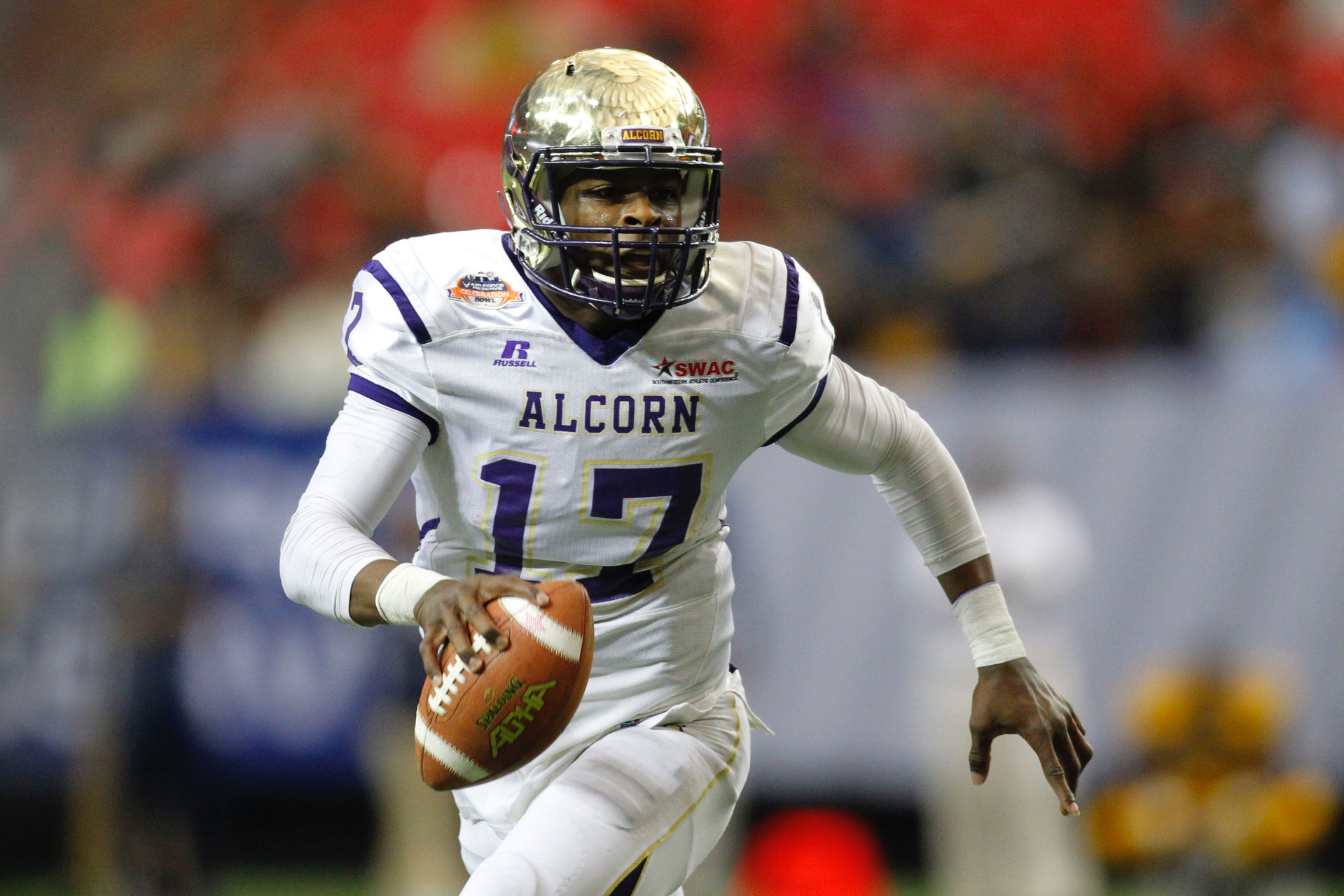 Footman wins offensive player of the week after career game.

Here are the SWAC Football Players of the Week: Week 3

Footman accounted for four touchdowns against McNeese State, including three throwing and one receiving. He threw for a career-high 424 yards which crushed his previous best of 269 in the 2016 SWAC Championship. Footman completed passes to eight different receivers. His touchdown pass came on a trick play as senior wide receiver Norlando Veals found him open in the end zone. Footman moved up two spots to No. 9 in school history in career passing touchdowns with 26. He surpassed William Wooley’s 24 from 1971-74, and tied Tim Buckley’s 26 from 2006-09. Footman also moved up to No. 11 in career passing with 3,248 yards. He surpassed Jerome Vigne’s mark of 2,951 from 1985-87. Footman has accounted for seven touchdowns in Alcorn’s two home games this season. He opened the year with three touchdown passes against Miles College.

Christmas led Grambling State with eight total tackles, including five solo stops against Jackson State. The East Mississippi Community College transfer finished with one tackle for a loss of one yard, and forced a fumble that he returned for a touchdown that sealed the 36-21 victory against Jackson State.

Golden led Alabama State in rushing, receiving and all-purpose yards against Kennesaw State in a reserve role Saturday night after a 55-minute weather delay. The freshman finished the night with 56 yards on 10 carries, averaging 5.6 yards per carry and had a long run of 14. He also caught five passes for 54 yards, including his first career touchdown on a 41-yard reception in the second quarter. But he wasn’t done there as he had a pair of kickoff returns for 19 yards to end the night for Alabama State.