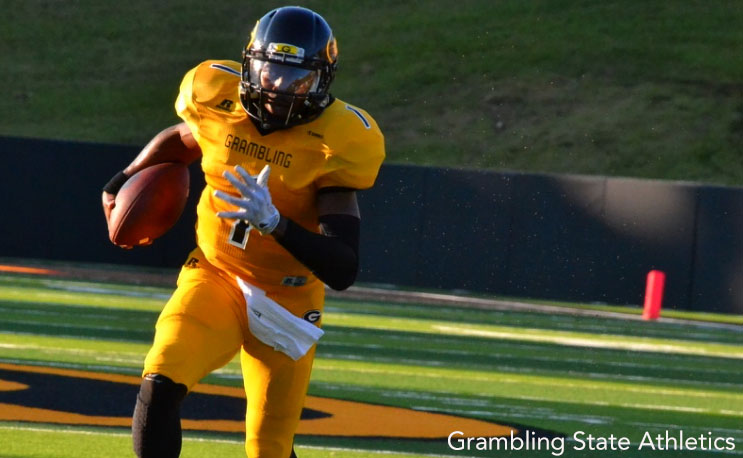 Grambling, powered by Kincade and Carter, takes down Jackson State at home.

For the first time since 2012, Jackson State traveled to Grambling, Louisiana and for the second year in a row Grambling defeated their conference rival. Grambling State got on the board first, as they capitalized on a bad snap that forced Jackson State quarterback Brent Lyles out of the end zone. Grambling added to their lead at 12:35 mark in the first quarter, when quarterback Devante Kincade ran for a 13 yard touchdown. Jackson State cut into the lead when Brent Lyles scored on a 2 yard run, bringing the score to 9-7.

Grambling State will take their show on the road next week, as they travel to Itta Bena, Mississippi to play the 0-2 Delta Devils of Mississippi valley state.  Jackson State will face 0-2 Arkansas-Pine Bluff at home.