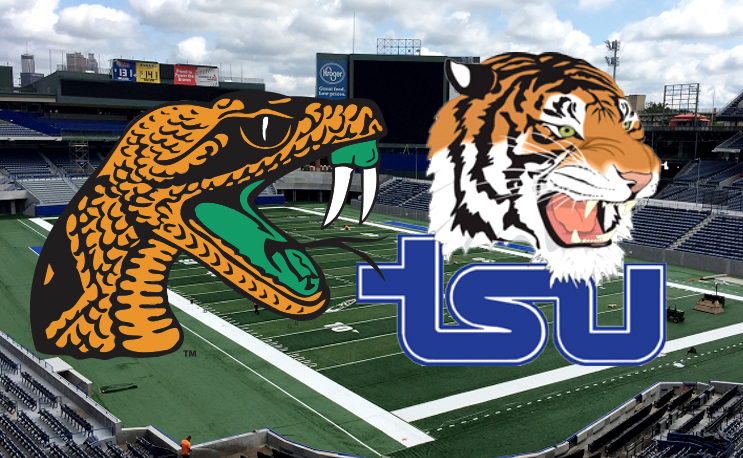 Published reports say the game in Tampa is still on.

According to Jordan Culver’s report in the Tallahassee Democrat, the Tampa Classic between Florida A&M and Tennessee State is still on.

Just spoke w/#FAMU head coach Alex Wood. Rattlers should get back to their normal routine Tuesday to prep for TSU: https://t.co/yt8ZvSvCpY

Hurricane Irma swept through Florida on Monday and school officials waited to see the aftermath before making an announcement.  FAMU Sports Information Director Vaughn Wilson tells the Tallahassee Democrat that the game is still on for Saturday at 6 pm at Raymond James Stadium in Tampa.

FAMU’s campus remains closed but head coach Alex Wood tells Culver that the team will practice on Tuesday and they will resume their football schedule.

Tennessee State has been on a roll to start the season with victories over Georgia State and Jackson State.  The Tigers are ranked 23rd in the FCS STATS Poll and 24th in the FCS Coaches Poll.

FAMU rolled over Texas Southern to start the season and followed that up with a tough “money game” on the road at Arkansas.

Saturday’s game will give Rattler fans a better indication of where this year’s team is talent wise.  Tennessee State is a solid team that is still trying to find their timing on offense with transfer QB Treon Harris and HBCU Gameday All American Patrick Smith.  To this point, they’ve done enough to win ball games on the road.

Throwing the Arkansas game out of the equation, FAMU entered the season dedicated to Ryan Stanley at QB and looked pretty impressive in their win against Texas Southern.  However Texas Southern has yet to win a game this season, which makes Tennessee State a better measuring stick.