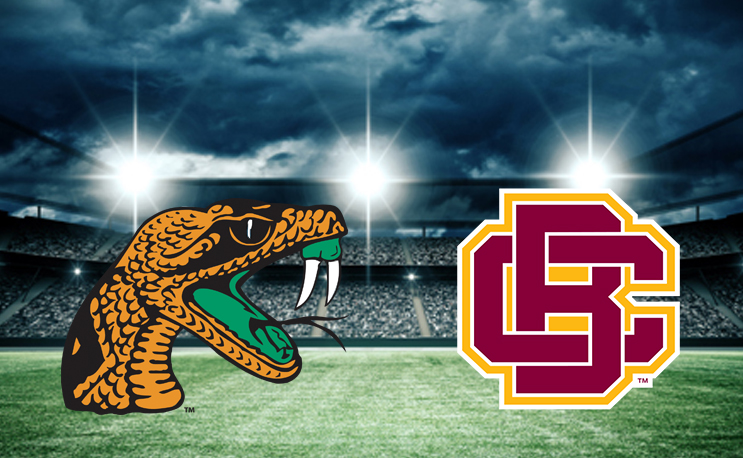 FAMU and Bethune-Cookman get help from ACC and SWAC schools dealing with Irma.

College football has been affected as well, however, it pales in comparison to the human loss. But tough times often bring out the best in people and in one instance, it gave one HBCU football program the opportunity to reach out to another.

Bethune-Cookman, delayed from its return home to Daytona Beach, FL by Hurricane Irma, was allowed access to weight training and practice facilities at Southern University on Sunday and Tuesday. BCU was in the area following its 28-23 win over Southeastern Louisiana last weekend.

“We knew there was a chance we weren’t going to be able to get back until Monday or Tuesday. It was already communicated for us before we got on the flight,” BCU coach Terry Sims said via the Baton Rouge Advocate. “We knew it was the best thing for us to get the players out of there and give them somewhere safe to be.”

Southern coach Dawson Odums was there to help provide that, allowing BCU to make itself at home at SU before boarding a flight home on Tuesday afternoon as it prepares to take on Florida International this Saturday.

“The biggest thing is that we will help anybody we can, and we were fortunate to be in the situation where we were able to help them,” Odums said. “So hopefully they are able to get back home and check on their family and loved ones.”

Meanwhile back in Florida, a little north of Daytona, another HBCU was practicing on borrowed grass Tuesday (or in this case, turf) due to the aftermath of Irma.

Florida A&M used neighboring Florida State’s indoor practice facility in Tallahassee on Tuesday as it prepares for the Tampa Classic on Saturday against Tennessee State. Its home field, Bragg Stadium, is surrounded by emergency vehicles and the practice facility is tough to access.

“Man, it’s good to get back to football,” FAMU quarterback Ryan Stanley told Tallahasse.com. “For a while, it looked like we would never play. It was great to hear FSU allowed us to use their facilities, it’s top notch. With all the emergency vehicles, we couldn’t even get to our field.”

The Game Will Go On

There was apprehension as to whether the highly anticipated game between FAMU and TSU would go on, but officials said Monday that it would.  FAMU coach Alex Wood thinks the game will be a good diversion for those dealing with the real-world problems caused by the weather events. FAMU plans to honor first responders during Saturday’s game.

The Tampa Classic is a go. https://t.co/DDAQu7utIn

“I think activities need to continue to go on. Maybe it’s a relief to really get your attention somewhere else and not what Irma has left behind. And some community gathering, you know? People coming together in a community,” Wood said.

“It’s a good activity. I think it’s a worthwhile activity. Maybe there’s somewhere where we can help in terms of boosting folks’ overall psyche, if you will, with what’s happening and what’s going on. I’m glad the game’s going on and I think it’ll be a really good event.”

709
The Latest in HBCU Sports and Culture