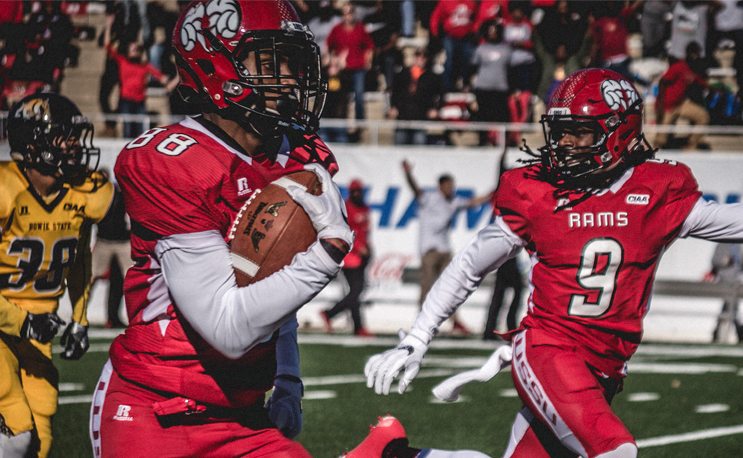 WINSTON-SALEM, N.C. – Winston-Salem State University’s football team is the best in North Carolina, according to a ranking released this morning from the website Hero Sports. The Rams, projected to win a third straight Central Intercollegiate Athletic Association (CIAA) title this season, are number one among the state’s 31 college football teams.

“When you get down to it, Winston-Salem State was the clear choice,” Hero Sports says. “They have the most wins and the fewest losses of any team in the state over the past five years at 47-13.”

Over the past five years, WSSU has won three CIAA championships and made three appearances in the NCAA Division II playoffs.

“This honor comes as a result of hard work, perseverance and commitment to excellence”, says Tonia Walker, Athletic Director. “It’s one that is earned and not taken for granted, and translates into a message  for our student-athletes that  they are rewarded for their sacrifice. We are elated to have been selected and will use it as motivation to fuel our trajectory into the season”, Walker adds. “It’s an honorable designation which ultimately yields greater exposure for Winston-Salem State University and our conference, the Central Intercollegiate Athletic Association (CIAA)”, says Walker.

“This is a huge honor for our program to receive this recognition for our work on the football field,” says Kienus Boulware, WSSU’s head football coach. “This speaks to a lot of what we strive to do on and off the field and this continues the hard work of my staff.  WSSU strives for success and adamant on graduating champions.  There is a lot of good football played in our state and to be recognized as one of the best is outstanding.”

WSSU is the only CIAA school or HBCU to make the list.

This is the second year Hero Sports has ranked teams by state. Last year’s list was viewed nearly 10 million times, according to Hero Sports. WSSU displaces Appalachian State, which was no. 1 for the inaugural list.

North Carolina is second only to New York for the largest number of college football programs.